That 70s Show star is set to face trial for rape this fall, and now The Church of Scientology is involved in an additional lawsuit that could end up at the Supreme Court.

That 70s Show has been getting some good news lately, in the form of That 90s Show, which is the spiritual successor of the original series. However, not all good news has been surrounding the beloved sitcom. Danny Masterson, who played Hyde on the series, was arrested of three counts of rape, and is set to stand trial for these accusations in the fall. Now, the accusers, in that case, have another lawsuit against the Church of Scientology that is headed to the Supreme Court. To clarify, the accusers are filing lawsuits against the Church of Scientology, after they claimed the church harassed and stalked them in retaliation for coming forward against Masterson. The Church of Scientology is asking for a religious arbitration agreement from the Supreme Court, so the accusers cannot follow through with their lawsuit.

This entire situation is quite odd. That 70s Show star Danny Masterson was accused of rape by several women and is set to stand trial for those accusations soon. The accusers are now stating that the church harassed and bullied them during the process of coming forward in 2019. However, the Church of Scientology denies these claims and is asking for the Supreme Court to step in and stop this lawsuit. Rape charges and accusations are a serious matter, and it is unlikely that the Church of Scientology is going to get away with its involvement in adding to the harassment that these accusers have received. We will have to wait and see what is to come of this lawsuit.

Danny Masterson had attempted to get one of the three accusations of rape thrown out, but Judge Charlaine Olmedo denied that claim. The That 70s Show star claimed that a delay in prosecution has hurt his defense. However, that claim has since been denied and the actor is going to face trial for these rape charges soon. Should he be convinced of all three, he could be facing up to 45 years in prison. The Church of Scientology now has its own lawsuit to worry about, as four accusers are now taking the church to court for harassment.

The Church of Scientology is doing what it can to now allow this lawsuit to move forward. Even though the bid to get the harassment lawsuit thrown out was rejected by the California appeals court and the Golden State’s Supreme Court. Now the church is attempting to appeal to the SCOTUS to get the case thrown out. Considering that the church’s plea was rejected by two different courts in California, it does not sound likely that the SCOTUS will be any different. The entire situation is terrible, and That 70s Show star Danny Masterson might be in a great deal of trouble along with his church.

That 70s Show star Danny Masterson will see his day in court for the three rape allegations, and he could be facing a lot of time in prison. Now, there is no telling when the lawsuit will take place between the accusers and the Church of Scientology, but things could get far worse for the church in the coming months. We will have to see what decision the SCOTUS makes in regard to this case.

Mila Kunis: Returning To Her Best Series Was An Easy Call 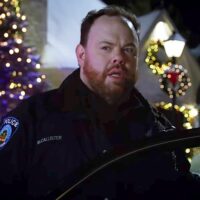 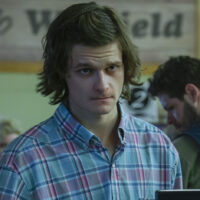 Charlie Tahan – How He Became A Netflix Star