Sydney Sweeney joined a staggering number of beautiful celebrities at a recent Acqua for Life: Clean Water Campaign Armani Beauty event, showing off a gorgeous, risque dress. The Euphoria star was just one of many famous people there to both support a good cause and show off an amazing gown; in her case, this meant a sexy, transparent mesh dress that fits perfectly with her often sensual style. Thanks to an Instagram fan account, we get to see Sydney Sweeney in all her glory on the red carpet.

The first picture in the set shows Sydney Sweeney in a close-up, in which the HBO star is smiling serenely back at the camera. Her dark blonde hair is tight against her skull (styled by Glen Coco), and her makeup (by Melissa Hernandez) has her eyes done with heavy black mascara and a pale violet eyeliner, while her lips are a darker shade of pink. Sydney Sweeney is also wearing two small but brilliant purple stones as earrings.

The next photo in the set sees Sydney Sweeney posing with a wider, sly smile, this time alongside Nickelodeon Isabela Merced, who is dressed entirely in dramatic, tight black. The third and final picture gives us what we are all here for, a nearly full-length shot of The White Lotus star in a pale dress made of equal parts netting and translucent mesh fabric. Though she might technically be wearing a dress, it does not do a thing to hide the tight tube top and bottoms beneath it.

Sydney Sweeney is set to reprise the role of Cassie Howard, one of many beautiful but troubled high school students in East Highland, in the upcoming third season of Euphoria. The show rocketed Sydney Sweeney to stardom, along with the ensemble cast of Zendaya, Maude Apatow, and Barbie Ferreira. While the show has been criticized and controversial for its highly sexualized depictions of teenagers, Euphoria is also one of the most popular and acclaimed programs HBO has ever produced, second only in ratings to Game of Thrones.

While many people would be lucky and satisfied with one hit show on HBO, Sydney Sweeney also starred in the acclaimed first season of the comedy-drama The White Lotus. In that show, she also played a beautiful and troubled teenager, this time on vacation in Hawaii with her family (which included Connie Britton, Steve Zahn, and Fred Hechinger) and best friend (Brittany O’Grady). The second season of The White Lotus recently premiered, but will not include Sydney Sweeney in its (almost) entirely new ensemble of wealthy but unhappy resort guests.

However, it is not like Sydney Sweeney is short on work these days. In addition to the upcoming new season of Euphoria, she will star in a (so far) undisclosed role in the Sony Pictures comic book adaptation Madame Web alongside Dakota Johnson and Adam Scott. Sydney Sweeney will also be headlining a reboot of the 1968 classic science fiction sex romp Barbarella, and an upcoming psychological horror film titled Immaculate. 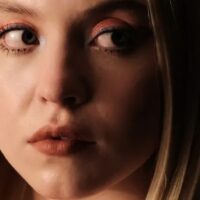 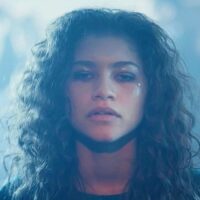 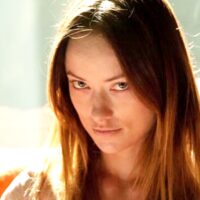