Sydney Sweeney wears a black gown with a metallic breastplate.

Not ever one to shy away from showing off her body in elegant evening wear, actor Sydney Sweeney did not disappoint this week when she walked the red carpet of an awards show. As she graced the issue of British GQ’s 2022 Men of the Year recently, Sweeney was in attendance at the Men of the Year Awards in London wearing a high-necked black gown fitted with what appears to be a shiny breastplate. The reflective ensemble points to Sydney Sweeney’s creative side while recalling something Carrie Fisher’s Princess Leia character would have probably worn in the Star Wars franchise.

Posing in front of ads for GQ, Sydney Sweeney seems all smiles as she sports a stunning look that only the Euphoria actor could pull off. All of the sudden everywhere you look these days, Sweeney traveled across the pond to show off her style and grace in a dramatic ensemble that looks to be both pleasing to the eye and honors her talents as an actor with bold colors. It’s no wonder why Sweeney will be taking on larger roles in movies coming up soon, as Deadline reports the actor will star in a remake of Barbarella, a role made famous by Jane Fonda in the 1968 classic film.

Aside from her unbelievable appearances on red carpets across the globe at major awards events and notable occasions, 25-year-old Sydney Sweeney has been the talk of the entertainment industry for the last couple of years. With a costarring role as Cassie Howard in the much talked about series Euphoria opposite Maude Apatow and Zendaya, as well as a supporting part in the first season of The White Lotus, Sweeney seems to be the HBO it girl of the 21st century. For both projects, she was nominated for Primetime Emmy Awards earlier this year, but failed to win either category for which she was nominated in.

After the success of Euphoria and The White Lotus, attention started to focus squarely in Sydney Sweeney’s direction, because of both her stunning looks and impressive acting chops. So naturally, Sony’s Spider-Man Universe came calling as Sweeney has been cast in a supporting role in Madame Web, which stars Dakota Johnson in the titular role. While filming has begun on the 2024 release, there has yet to be a confirmation as to what role Sweeney will play in the comic book movie, as Sony is tight-lipped on many of the characters featured in the flick outside of Johnson’s.

The news of Sydney Sweeney’s casting in the lead role of Barbella is interesting as it will be one of the first projects that the Washington native producing as well as stars in. Sweeney will also be featured in the film Immaculate which she is listed as a producer on, and she is currently filming another project entitled National Anthem. It seems that no matter the occasion, whether it be a movie set or red carpet event, Sydney Sweeney knows how to command a room and often dresses to impress. 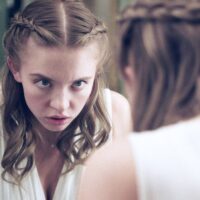