Stephen Moyer cut his teeth on HBO’s hit series True Blood as the 173-year old vampire Bill Compton. But before Moyer went fangs up on the steamy vampire series, he’d been forging an acting career for a good 15 years prior. True Blood left the airwaves 6 years ago, and you may not have seen him much since then. Here’s where he came from and where Stephen Moyer is now.

Stephen Moyer was born and raised in Essex, England. He graduated from the London Academy of Music and Dramatic Art, so it stands to reason that much of Moyer’s early career was centered around British TV and movie productions. But with many coming out of the prestigious London school, he began his career on stage. He told Venice Magazine, “I did plays for five years. I did the National Theatre of Wales, The Royal Shakespeare Company, a musical with Pete Townsend [called The Iron Man]. Then I played Romeo [in Romeo and Juliet] for a year on tour. And from there, television and film kicked off, and that’s what I’ve been doing ever since.”

His very first television role came on the British series Conjugal Rites, which lasted Moyer two seasons. He followed that up with another British series called Castles. After a few more series which included The Grand, Stephen Moyer made his feature film debut with the movie Prince Valiant, where he played the title character. The movie was based on the American comic strip of the same name that was created by comic legend Hal Foster. The film, though an Irish-British production, also starred Katherine Heigl, Joanna Lumley, and pre-Hellboy Ron Perlman.

Stephen Moyer’s career continued at a steady pace. For the most part, he continued with British productions working on series such as Midsomer Murders, Highlander: The Raven, Life Support, The Secret, NY-LON, and Waking the Dead. All of these were British productions so unless you lived on the other side of the pond, chances are you wouldn’t be able to see them. Moyer was able to grab a spot on the Al Pacino movie 88 Minutes and then starred in the extremely short-lived American TV series The Starter Wife with Debra Messing (Will & Grace). Then came the neck-biter.

True Blood was an Emmy and Golden Globe-winning HBO series that also saw Stephen Moyer win a Best Actor award for his portrayal as Bill Compton at the 37th Saturn Awards. It starred Moyer along with another award winner, Anna Paquin, who played Sookie Stackhouse, which True Blood’s story revolved around. The series was based on a series of thirteen novels, known as The Southern Vampire Mysteries, written by Charlaine Harris.

The story was centered on Sookie, a waitress who lived in the fictional town of Bon Temps, Louisiana. Sookie has been saddled with telepathic ability. As the series begins, it is two years after the invention of “Tru Blood”, a synthetic blood product that allows vampires to let the world know they exist. This synthetic blood took away a vampire’s thirst for human blood.

The series also revolved around the love story between Sookie and Stephen Moyer’s Bill Compton (which had a real-life effect on the couple). The couple went through many ups and downs, and by that, we can include the many sexy scenes True Blood employed, as well as having to deal with other creatures such as werewolves, faeries, shapeshifters, witches, and something called a maenad.

True Blood explored several issues to include drug addiction, equal rights and discrimination, violence against homosexuals and minorities, and faith and religion. It was sometimes controversial but very seldom missed the mark.

Stephen Moyer first met Anna Paquin during their screen test for True Blood. “We met screen testing for the show. We were both single at the time, and there was just this kind of spark,” he told People.

But then came a long break. “I didn’t see her for three months, and she had gone from having dark hair to this beautiful blond, and I had gone from being blond to this dark vampire,” Moyer added. “By day three or four – oh, this is going to sound so syrupy – but I knew I wanted to spend the rest of my life with her. It was within seconds, really, and it just became a thing.”

He was serious about wanting to spend the rest of his life with Paquin. So serious that during the series’ second season, Stephen Moyer proposed and Anna Paquin accepted. One year later they exchanged nuptials and have enjoyed marriage ever since.

Prior to his marriage to Paquin, Stephen Moyer had a son from his first marriage and a daughter from his seven-year relationship with Lorien Haynes, a journalist. With Paquin, the actor has two children, fraternal twins.

HIS BATTLE WITH ALCOHOLISM

Sadly, it hasn’t been easy for Stephen Moyer and his acting career. Not because he couldn’t find work, but because of the bottle. “My heroes were [Peter] O’Toole, [Richard] Burton, [Richard] Harris and Oliver Reed,” Moyer told The Hollywood Reporter. If anyone knows their English actor history, they’d known that those four screen legends were also known for their ability to never say no to a drink. Not only were they legendary actors, but they were also legendary hard drinkers.

Moyer said that him growing up in the British theater was where he learned that boozing it up was a simple rite of passage. To Stephen Moyer, it was all about chasing the high of a live performance. “There’s this rush that happens from doing our job, this whirring buzz, and you want to continue that buzz.” He would chase that buzz until it overwhelmed him. Moyer knew he had a problem so he was able to check himself into a program in England. “Like CLARE,” he said, “they worked out a program I could afford.”

CLARE is a foundation that Moyer is a part of. It is a nonprofit treatment facility that Stephen Moyer has been a board member for the past ten or so years. “It’s pretty much the only place on the Westside [in Los Angeles] that deals with people who don’t have huge funds to get their lives back together,” he said. “I was very attracted to that aspect of it.” For over a decade he has been making a difference in the lives of many who have found it difficult to kick their habit on top of being able to find a place affordable enough.

Moyer has been sober for almost 20 years now.

Stephen Moyer continues to work having been seen on the TV series The Gifted and most recently Fortunate Son. He was also the lead in the feature film G-Loc and have a few more projects waiting in the wings. He hasn’t hit on anything as big as True Blood, but he seems to be winning at life. 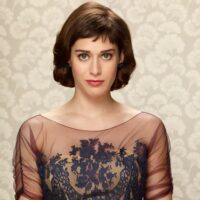 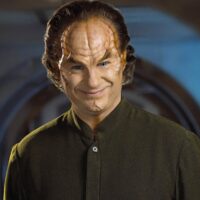 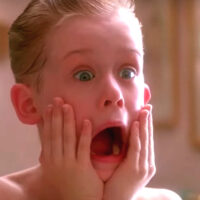 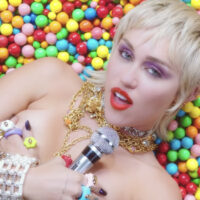