Stephen King Reveals His Favorite Book Of All Time

Master of Horror Stephen King recently revealed his all-time favorite book and it is quite the abrupt left turn.

Stephen King has named his favorite book of all time, and you might be surprised to learn what the “King of Horror” picked. It isn’t a horror classic like Mary Shelley’s Frankenstein or the works of H.P. Lovecraft. Rather, it is Larry McMurtry’s western classic Lonesome Dove, published in 1985 and immortalized by a CBS miniseries in 1989. King named his pick in a video called “What Ya’ Readin’?” that aired on The Late Show with Stephen Colbert. The episode aired in August of last year, but pop culture website Far Out just did a story on it, causing the video to circulate again on social media.

At first, Stephen King was hesitant to name a singular book as his favorite. “There are so many, I’d be afraid to say,” he cautioned, before finally revealing his pick. When asked about his favorite book in the horror genre, he named Peter Straub’s Ghost Story, saying it “scared the hell outta me.”

Stephen King is known as a prolific author, having published 69 books and hundreds of short stories. However, he is also known to read books at a voracious rate, claiming in his memoir On Writing that he reads 70 to 80 books every year, not because he likes to study the work of others, but because he loves to read. When writing, however, he stays mostly in the horror genre, having penned classics like Carrie, It, The Shining, The Stand, The Dark Tower, Misery, Pet Sematary, and The Green Mile. Most of those have not only become modern classics and the favorite book of millions of fans, but they are also often adopted into hit films or TV miniseries. His 2021 crime novel titled Billy Summers is being adapted by JJ Abrams as a limited series.

Despite the unlikely genre, it’s no surprise that Lonesome Dove caught Stephen King’s attention as his favorite book. McMurtry’s novel about two retired Texas Rangers on a cattle drive in the waning years of the Old West won the Pulitzer Prize for Fiction in 1986. Although praised as the definitive cowboy novel, it is much more than that and is praised for its dialogue and exploration of friendship, loss, and duty. It’s a style much like King himself: although his books are almost exclusively horror, his books aren’t great because they’re terrifying. They also carry a layer of subtext that brings the books close to home.

Usually, Stephen King has no problem using social media to reveal a favorite book or TV show that has caught his attention or impressed him, although he rarely makes definitive picks. In 2008, however, he launched a mini-crusade on his Twitter to promote a TV show he really enjoyed: the Fox series Prison Break, starring Wentworth Miller. He praised the acting ensemble and the show’s outrageously entertaining storylines, which was like The Shawshank Redemption on acid. He even wrote a column for Entertainment Weekly discussing its worth, saying it was a show he would “walk over my grandmother not to miss.” He didn’t go on quite the literary crusade for Lonesome Dove, but as anyone who has actually read the book will attest, it deserves it. He also isn’t afraid to use social media to name things he hates: in a recent tweet, he revealed that the only movie he has walked out of was the original Transformers film by director Michael Bay. 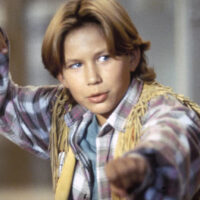