When it comes to celebrities showing off their hot new looks on social media, possibly no one does it better than the great Sofia Vergara. Known for her acting roles on the ABC comedy Modern Family and the film Chef, the Columbian-born actress knows how to grab fans’ attention with stunning pictures of her famously frame. In a recent post to Instagram, Vergara struts her stuff to model a piece from her own fashion line in pink colors destined to be a Spring 2022 favorite.

Taking to Instagram to advertise for her clothes that are currently available at Walmart, Sofia Vergara does her best to make sure we know how great she looks, even in very pink activewear. Twisting her pink-clad body and black shoes to show off her curves, while still holding a directly cheeky gaze upon the camera, Vergara knows a thing or two about how to sell fashion. As seen below in the post to her 25.4 million Instagram followers, Vergara is demonstrating that age is simply just a number when it comes to feeling comfortable in stylish athleisure:

With a caption that includes, “Pretty in pink,” Sofia Vergara understands business and when to strike while the iron is hot. While still a cast member of the long-running series Modern Family, Vergara received four Best Supporting Actress in a Comedy Series nominations at the Primetime Emmy Awards, in addition to being named by Forbes.com as the highest-earning woman on television in 2012, as reported at the time by Reuters. A lot of that year’s $19 million paydays had to do with Vergara’s salary from Modern Family, in addition to her endorsement deals at the time.

Since her long-running stint as Gloria Delgado-Pritchett on Modern Family, Sofia Vergara’s professional life has been a remaining topic of discussion. By 2016, Forbes had also reported that she was again the remaining champion of highest-paid actresses that year, with $43 million from that past 12-month period. When America’s Got Talent came calling, Vergara joined the hit competition show as a judge in 2020, while starting her own fashion line for Walmart. Speaking to ET back in 2021, Vergara embraced her new line with compliments in particular of the Sofia Jeans collection that included “an extensive selection of jeans, floral dresses, breathable blouses” and much more. Now sold through Walmart.com, these looks can be bought by fans of Vergara’s on a budget.

While Sofia Vergara’s fashion line may not be going out of style, her other interests have also shown no signs of slowing down in recent years. She married American actor and Magic Mike star Joe Manganiello in 2015 after dating for over a year and continues to promote her son Manolo’s endeavors every chance she gets. As for her acting career, the Hot Pursuit actress will next be seen in the mini-series Griselda, currently in production according to IMDB and produced by Vergara herself. No word yet on whether or not Vergara’s athletic wear will be featured in Griselda or any other future projects. 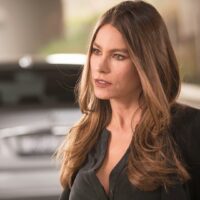