There are certain immutable laws of the universe: matter can neither be created nor destroyed. Planck’s constant. And Sofia Vergara always looks fantastic. Though we have been lucky enough to have had Sofia Vergara on our screens pretty much constantly since Modern Family came on the air in 2009, we have not gotten tired of her for even one moment. It is very easy to see why, literally. Check out this picture the actress posted on her very popular Instagram account and be grateful:

In the picture, Sofia Vergara is coyly posed in a classical model position. She is wearing a barely-there gold bra and panty set; she is also wearing a pair of stiletto heels with shimmering sequins. On one wrist, she has a thin metal bracelet and on the other, an iridescent beaded one. Her hair is dark (though Sofia Vergara is actually a natural blonde), spilling across her chest and her full lips are made up in a rich pink. According to the caption, this particular image of Sofia Vergara is a throwback to her younger days in Los Angeles; while she does look subtly different here, it seems she has hardly aged a bit. Some people just look gorgeous no matter what age they are; those people are mostly Sofia Vergara.

In a Hollywood story that sounds almost unbelievable, Sofia Vergara was reportedly discovered by a photographer while walking on a beach. She swiftly became a professional model, eventually becoming the face of CoverGirl. She also began acting, beginning with commercials, then getting roles in films like the Farrelly Brothers’ reboot of The Three Stooges and the Mark Wahlberg thriller movie Four Brothers (Sofia Vergara did not play one of the brothers, obviously). However, it was the ABC sitcom Modern Family that made her a household name. She starred in the show as Gloria Delgado-Pritchett, the pronunciation-challenged Colombian wife of Ed O’Neill. Sofia Vergara was one of the breakout stars of Modern Family, and featured heavily in the marketing and public perception of the show. She was nominated for a Primetime Emmy for her work on the show, but ultimately never received one.

Currently, Sofia Vergara is serving as one of the hosts of the NBC series America’s Got Talent alongside supermodel Heidi Klum, actor and former NFL player Terry Crews, comedian Howie Mandel, and professional British person Simon Cowell. Sofia Vergara is also going to be portraying the notorious drug lady of the Medellín Cartel, Griselda Blanco, in the upcoming Netflix crime drama series Griselda. Griselda Blanco was one of the pivotal figures of the cocaine underworld of the 1980s and 1990s, controlling the cartel with an unusual (even for the drug world) level of violence. She is known to have personally carried out killings and was herself killed in 2012 in a motorcycle drive-by shooting. This will be a rare move for Sofia Vergara into drama, so it will be interesting to see how she fares playing one of the most ruthless women to have ever lived. 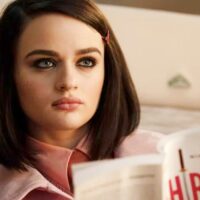 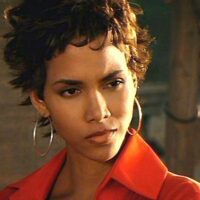 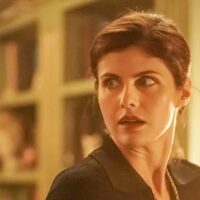