In terms of aging, Sofia Vergara has once again proven that the Columbian actress, television producer, presenter, and model has matured like fine wine. As the Modern Family star heads into a new year ready to celebrate a milestone birthday turning 50 years old, Vergara recently shared a photo to her official Instagram account depicting a throwback to the young bombshell back in the ’90s. Going viral, the photo proves two things: Sofia has always been a hottie, and the actress may actually now look better than ever.

See the throwback photo below.

Shared on January 14th, Sofia Vergara posted the throwback photo for her 24.4 million followers with the caption “#tbt Miami the 90’s.” The photo was taken sometime during the nostalgic decade. It was an assuming glamor shot, depicting the young actress adorned in a scantily form-fitting golden bikini that shone perfectly against the Columbian born’s bronzed skin. Posing poolside, Miami’s famous palm trees and the glistening water play off the model’s background–even if the scenery does little to take attention off the real beauty in the photo.

With more than half a million likes, fans and celebrities took to Sofia Vergara’s comment section to express their love and awe at the actress’s sheer beauty over the years. Commenters were quick to point out that even thirty years later, Vergara looks virtually the same. One person said, “U…pretty much look EXACTLY the same–just upgraded your makeup to current trend! Sassy, sexy, smart, & sensational at making us all laugh! Thx 4 sharing with us you beautiful icon.” Receiving plenty of fire emojis, celebrities like Paris Hilton and Heidi Klum jumped on the bandwagon sending love to Sofia through plenty of emoji comments. One of Sofia’s other co-stars from America’s Got Talent even chimed in with two simple words encapsulating what’s on everyone’s mind- “Haven’t changed.”

Sofia Vergara often shares photos from her personal life. Most of them are quick snapshots with her husband in her car or photos around the table with her friends or family. She recently shared some professional photos in a red dress, showing off what she looks like today.

Sofia Vergara first rose to fame while co-hosting two television shows for Spanish-language television network Univision in the late 1990s. Back then, Vergara was living in Miami and working as a model–a gig she landed at the young age of 17. Her first job put Sofia in a Pepsi commercial that aired in Latin America. In those days, Sofia rocked blonde hair, which is actually the actress’s natural color. Aside from her acting abilities, the 49-year-old’s age-defying looks have been praised across the world. In 2011, Vergara was named the face of CoverGirl. Continuing on her branding momentum, the actress’s pristine face has landed her gigs with high-profile brands like KMart, and Head & Shoulders.

While strutting her natural beauty could have easily kept Sofia Vergara in the limelight, a passion for acting led a young Vergara to her early roles in both film and TV. Following her tenure hosting for Univision, Vergara landed her first notable acting job in English with the 2003 movie Chasing Papi. Going on to appear in various films like Madea Goes to Jail and The Smurfs, Sofia found prominence in television. Possibly her most successful role, her adaptation of Gloria in the critically acclaimed sitcom Modern Family garnered the actress more fame than ever before. While Modern Family enjoyed a long-lasting stint on ABC for 11 seasons, the series success earned Sofia Vergara the title of the highest-paid actress in American television from 2013 to 2020.

In recent years, Sofia Vergara has landed herself the role of being a judge on the hit talent show competition America’s Got Talent. The actress first signed on to the show for its 15th season that started in 2020. Winning over the hearts of viewers, NBC boasted her return last year for the most recent season of the talent show. Most recently, Vergara announced a return to her acting roots with Deadline’s announcement that the actress is set to portray notorious drug queenpin Griselda Blanco in an upcoming Netflix limited series. 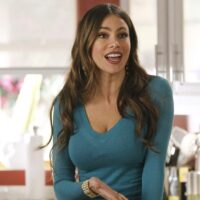