One of the last surviving stars of the Golden Age of Cinema has left us. Sidney Poitier, the first Black man to win an Academy Award for Best Actor, has died at the age of 94. CNN reports that Clint Watson, Prime Minister of the Bahamas — Poitier enjoyed citizenship with both the Bahamas and the United States — confirmed Poitier died Thursday evening. The actor leaves behind a wife, adult children, grandchildren, and a body of work that reaches far beyond the world of cinema.

Sidney Poitier earned his first Best Actor Oscar nomination in 1959 for The Defiant Ones, in which Poitier played opposite Tony Curtis; both are escaped prisoners forced to work together to survive and stay free. Six years later, Poitier earned the honor for which he’s often credited — as the first Black man to win an Oscar for Best Actor. He won the elite award for his role of handyman Homer Smith in the comedy drama Lilies of the Field. Before his passing, Poitier was the oldest living actor to receive an Academy Award.

But he wasn’t nominated for the role that remains his most memorable, and arguably the role that had the most powerful social impact. In 1967, Sidney Poitier appeared as Detective Virgil Tibbs in the mystery drama In the Heat of the Night. Tibbs helps Mississippi police chief Bill Gillespie solve a murder. In a still iconic scene, a white suspect slaps Tibbs across the face for daring to question him in connection to the murder and Tibbs — shocking the sensibilities of the time — slaps the white man right back. You can watch the scene below.

In the Heat of the Night was based on the 1965 novel of the same name, and in the source material, Tibbs takes the slap without reciprocating. According to People, Sidney Poitier claims he was meant to do the same in the film, and he refused. Poitier reportedly told the film’s producer, “You can’t do it. You certainly can’t do it with me. I go in front of a camera with a responsibility to be at least respectful of certain values. My values are not disconnected from the values of the Black community.”

Sidney Poitier was born two months premature in Miami while his parents — both Bahaman farmers — were in Florida selling tomatoes. Poitier’s father Reginald was so sure the future cinematic legend wouldn’t survive, he brought home a shoe box with which to bury him. But Poitier did survive, was raised in the Bahamas on Cat Island, and moved the U.S. when he was 15. In Harlem he joined the American Negro Theater, and while it took a while for his screen career to get rolling, he landed his first speaking role in 1950’s No Way Out.

Before the younger actor’s tragic passing, Sidney Poitier made good friends with the gifted River Phoenix. Two of Poitier’s final big screen films were with Phoenix. They starred together in the 1988 thriller Little Nikita, with Phoenix playing the son of Soviet sleeper agents and Poitier playing an FBI agent. They shared the screen again in the 1992 crime comedy Sneakers in an ensemble cast including Robert Redford, Dan Akroyd, Ben Kingsley, and James Earl Jones.

The actor’s work went far beyond the screen. Sidney Poitier was a Civil Rights activist who joined Dr. Martin Luther King in his historic 1963 march on Washington. He was also a bonafide ambassador for a decade. From 1997 to 2007, Poitier served as the Bahamas’ ambassador to Japan. 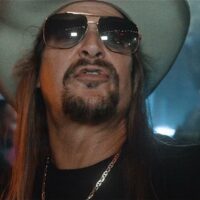