See Brie Larson In A Bikini Sweating It Out

Brie Larson posed in an orange bikini and we have the photo.

Brie Larson is certainly not shy when it comes to posting images or videos of her intense workouts. She has done just that in a new post on her personal Instagram page, which shows the Marvel star sweating it out in an orange bikini. The three-panel image post, which you can see below, showcases her looking at the camera while in a sauna, with her caption stating that her posts, “must include selfies.”

Anyone wanting to get some unwanted pounds shed or feel rejuvenated after a long day should certainly sweat it out in a sauna, as the after-effects are usually quite calming. Brie Larson could be advocating for that same sentiment, which has clearly worked for her fans on social media, as over 180,000 people have liked her three-panel offering. Also, the over 700 comments are filled with people using heart emojis, ushering in their deep love for the woman.

We would like to point out that Brie Larson is covering her mouth in one of the photos, and since there are three, she could have easily gone in on the “hear no evil, speak no evil, see no evil” image cliche. This is clearly a missed opportunity for the woman, who is often one that presents some of the best jokes on social media. Apart from that small observation, we would presume that she is getting in a good sweat session to keep her extremely trimmed figure.

Brie Larson seems to always be in shape, and that could be because she is constantly portraying a superhero. The Captain Marvel actress is set to reprise her role as Captain Marvel in The Marvels, which is set to release on July 28, 2023. She is also going to be joining another billion-dollar franchise, as she has joined the cast of Fast X, and will be part of the final send-off of the mainline story for the long-standing Fast & Furious franchise.

Apart from those blockbuster appearances, Brie Larson is also going to be starring in a new series called Lessons in Chemistry which was adapted from a novel of the same name. Larson will be taking on the role of Elizabeth Zott, who is a scientist that finds herself pregnant, alone, and fired from the lab she was working at. The historical fiction series is set to take place in the 1960s and is currently in production, with a presumed release date of 2023.

Brie Larson is clearly keeping her massive career moving forward, especially with taking on the tall task of appearing in two different blockbuster franchises next year. We would imagine that Captain Marvel is likely going to be appearing before her return in The Marvels, but the MCU will likely keep that fact a secret for now. We would say that anyone who has not experienced being in a sauna as Larson is in the above images, should do so, but according to her instructions, you might also have to take some selfies while sweating out whatever you need to sweat out. 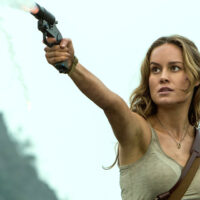 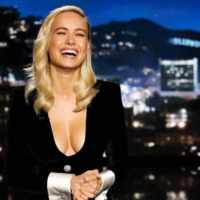 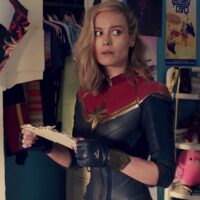