By Cristina Alexander | 4 weeks ago

A search and rescue team in Colorado couldn’t find a lost mountain hiker who went missing after failing to get back to his lodge. Here’s the most 2021 reason why they failed to locate him: He repeatedly ignored their phone calls thinking their number was spam.

As reported by The Guardian, Lake County Search and Rescue officials said the hiker was reported missing on October 18 while he went hiking on Mount Elbert. He started hiking on the trail at around 9 a.m. but didn’t come back by 8 p.m. Lake County Search and Rescue said in a statement posted on Facebook that they have made several attempts to contact the hiker via calls, text messaging, and voicemail to no avail. By 10 p.m., five team members were deployed to search for the hiker at “high probability areas of Mount Elbert,” which according to NPR is the tallest mountain on the Rockies. They came back empty-handed at 3 a.m. the next morning when they couldn’t find him at the 14,440 ft. peak of the mountain.

Four hours later, three team members went to search for the hiker in areas “where hikers typically lose their trail.” They left the field at 10 a.m. after finding out from the person who reported the hiker missing that he actually managed to get back to their lodging place at 9:30 a.m. Search and Rescue said the hiker reported that he veered his trail around nightfall, and once he was back on track, he “bounced around onto different trails trying to locate the proper trailhead” until he reached his car the next morning, just 24 hours after he started hiking. He also said that he had no idea authorities were trying to find him, and that he ignored their calls because thought they were sending him spam calls and messages.

The officials took the time to teach hikers that if they get lost on the trail and feel their phone buzzing with an unknown number, they might want to answer it. There may be a search team trying to find you instead of a random stranger. “One notable take-away is that the subject ignored repeated phone calls from us because they didn’t recognize the number,” Lake County Search and Rescue said. “If you’re overdue according to your itinerary, and you start getting repeated calls from an unknown number, please answer the phone; it may be a SAR team trying to confirm you’re safe!”

The Facebook post received a barrage of comments asking how a hiker with a cell phone didn’t know the search and rescue team was trying to call him and not a spam caller. The hiker was not the only person who was oblivious to the fact that there was a search party looking for him. Last month, a Turkish man named Beyhan Mutlu got so drunk while on a night out with friends that he stumbled into a nearby forest and never came out until he joined a search party not knowing that it comprised of his friends and other people looking for him. It wasn’t until they called out his name at one point during the search that he realizes that they were in fact trying to find him. 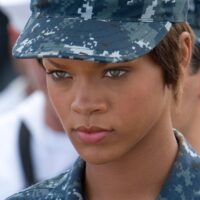 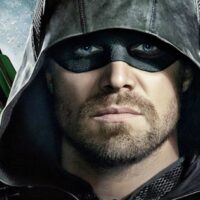