Salma Hayek celebrated New Year’s Day on vacation in a beautiful, unnamed tropical location. So naturally, the Frida star took the opportunity to showcase her latest beachwear style in the picturesque setting. The actress shared her sultry look in a post on Instagram, accompanied by a fitting caption, where she noted that she was enjoying her first coffee of the year.

Salma Hayek looked sensational as she posed for the photo in her idyllic getaway. The Mexican native wore a sleek leopard print one-piece swimsuit by Saint Laurent, with a halter design, plunging neckline, and asymmetric detailing. Sitting poolside with a cup of coffee, she wore her hair in a sensible ponytail to combat the heat and protected her eyes from the sun with large shades.

Her adoring fans showed Salma Hayek loads of love on the social media site. “Beautiful!!!” said one smitten fan as others simply shared heart and fire emojis. A few days before Monday’s pool pic, the mom of one shared another sultry bikini photo. This time she posed in the water with wet hair and minimal makeup. The image was accompanied by a heartfelt message which said, “May this new year bring you the awareness of your own strength. Happy, healthy 2022.”

Over the years Salma Hayek has been hailed as one of the most beautiful women in the world. With the long dark hair and exotic features, she’s often idolized for her style and fashion choices. In a 2015 interview with Glamour the From Dusk Till Dawn alum said she knows about beauty from a very special person. Speaking candidly, the actress credits her grandmother with teaching her about beauty and skincare routines. Since most brands go by trends, Salma Hayek does her own thing when it comes to her daily cleansing rituals. She never cleanses her skin in the morning because her grandma said that at night, your skin replenishes all the things it loses during the day. “Also, if I cleanse very well at night, why would it be dirty when I wake up,” she told the publication.

After appearing in Mexican television shows, Salma Hayek got her Hollywood break when she was cast as the self-confident and feisty Carolina, opposite Antonio Banderas, in 1995’s Desperado. Describing the film’s process as grueling, Hayek auditioned several times before landing the part. The film was a massive commercial success, grossing $25.4 million in the United States. She followed that up with appearances in 1996’s From Dusk Till Dawn, as well as Wild Wild West and Dogma in 1999.

However, it was Salma Hayek’s portrayal of painter Frida Kahlo in the 2002 biographical film Frida that earned her worldwide recognition as a serious actress. The film, which she also produced, earned her a nomination for the Best Actress Academy Award – making her the first Mexican actor to achieve the honor. She also received Golden Globe Award, Screen Actors Guild Award, and British Academy Film Award nominations.

Most recently, Salma Hayek appeared as Giuseppina “Pina” Auriemma in House of Gucci. The movie was released on November 24, 2021. It received mixed reviews from critics, who praised the cast’s performances but criticized the inconsistent tone and historical inaccuracies in the story. 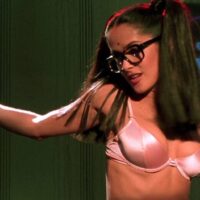 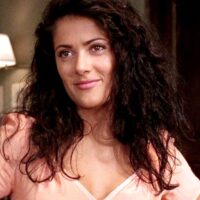 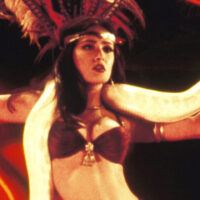