See Salma Hayek Celebrate Her Birthday In A Revealing Bikini

Salma Hayek recently celebrated a birthday in a bikini, and we wish we were right there with her and Stevie Wonder.

Salma Hayek recently turned 56 years old, marking over three decades in show business as an actress, producer, director, and overall delightful human being. As befits one of the most famous and glamorous people on the planet, Salma Hayek celebrated her birthday in the best possible way: dancing in a bikini to Stevie Wonder while cruising gorgeous blue waters on a boat. Fortunately, the Frida actress has a robust social media presence and decided to share a very fun video of herself celebrating. Check it out here:

This particular video is courtesy of Salma Hayek’s official Instagram account, which currently boasted over 21 million followers. In the video, Salma Hayek is merrily dancing in a bright red bikini, wearing sunglasses and holding a phone and hat in her hands. She certainly does seem to be having a delightful time, and it is pretty much impossible to fault her for that. The video also has Stevie Wonder’s 1981 hit single “Happy Birthday” playing, which can reasonably be inferred to be what she was dancing to at the time.

It goes without saying that Salma Hayek looks fantastic for 56; the advantages of massive wealth and the stylists, nutritionists, personal trainers, and all the others that come with it are no doubt helpful to looking eternally young and beautiful. However, it is still a bit shocking that Salma Hayek looks absolutely so ravishing and barely different from her breakout roles in the early 1990s. Some people are simply made to be stars, and Salma Hayek is unquestionably one of them.

After years of working in Mexican telenovelas and increasingly acclaimed parts in Spanish-language films, Salma Hayek first broke out to American audiences in 1995’s Desperado. The film, which was a quasi-remake/sequel to filmmaker Robert Rodriguez’s own El Mariachi, starred the actress alongside Antonio Banderas in a gritty, humorous take on grindhouse revenge stories. Reportedly, Salma Hayek found filming a sex scene with Antonio Banderas to be emotionally difficult, but both her co-star and Robert Rodriguez aided in making her comfortable. Since then, she has starred in numerous other Robert Rodriguez films and starred with Antonio Banderas many times, so it all seems to have gone well.

In fact, Salma Hayek and Antonio Banderas have teamed up again to star in the upcoming Puss in Boots: The Last Wish. The animated movie is the sequel to 2011’s Puss in Boots, which itself was a spin-off of Shrek, the popular meme created Dreamworks Animation. Salma Hayek is reprising her role of Kitty Softpaws, the romantic interest turned enemy turned romantic interest once again of Antonio Banderas’ Puss in Boots. She will also be starring in the upcoming Magic Mike’s Last Dance, the third movie in the trilogy that explores the dancing abilities of Channing Tatum. The film will also see original director Steven Soderbergh return. Finally, Salma Hayek will be appearing in Without Blood, a new dramatic thriller directed by Angelina Jolie and adapted from a novel of the same name by Italian writer Alessandro Baricco. 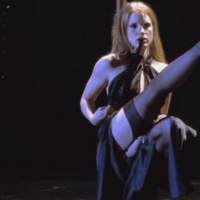