The Wrexham Association Football Club – nicknamed the Red Dragons – was originally founded in 1864, making them the oldest club in Wales and the third oldest professional football team in the world. Their home stadium, the Racecourse Ground, is the world’s oldest international stadium that still hosts international games. Currently, Wrexham A.F.C. is competing in the National League, which is the fifth tier of the English football league system.

So why exactly would Ryan Reynolds and Rob McElhenney want to purchase a fifth tier Welsh soccer team that is over 150 years old? Both actors have promised they will invest 2 million pounds into the club, with Reynolds saying, “This is the third-oldest club on the planet and we don’t see why it can’t have a global appeal.” Reynolds also stated, “We want Wrexham to be a global force.”

Shaun Pearson, captain of Wrexham A.F.C., said that the team was amazed when they found out that Ryan Reynolds and Rob McElhenney would be the team’s new owners. Pearson also makes it sound as though Reynolds and McElhenney were looking for a club to take over, and Wrexham felt like the perfect fit for the two. When asked why these two would take over Wrexham, McElhenney stated, “Why Wrexham? Why not!”

While it does sound like Ryan Reynolds and Rob McElhenney have an affinity for the team, it also sounds like this could all be part of a new documentary series. One rumor suggests that Netflix might be paying the duo between 300,000-800,000 pounds per episode for an eight-episode series about transforming Wrexham. But considering that Netflix is in the habit of paying Reynolds around $20 million for films like 6 Underground and the upcoming Red Notice, this seems more like a side-project of the ownership, rather than the full intention.

It also sounds as though the Wrexham announcement could work alongside Ryan Reynolds’ interest in Aviation Gin. Aviation will be an official partner of Wrexham AFC, and there will apparently be a limited edition Aviation Gin design to celebrate Reynolds and McElhenney’s takeover of the team. In addition to that, both Reynolds and McElhenney have added a “W’ to the front of their names on Twitter in honor of their takeover of Wrexham.

Ryan Reynolds is currently the second most profitable actor in Hollywood, only behind his Red Notice co-star Dwayne Johnson, and the actor has spread out to other ventures like gin, cell phones, and now, Welsh soccer teams. McElhenney has also turned It’s Always Sunny in Philadelphia from a failing FX show into the longest-running sitcom in television history. Recently, McElhenney also created a second show, with Apple TV+’s Mythic Quest: Raven’s Banquet.

But both Ryan Reynolds and Rob McElhenney have an entrepreneurial spirit and while it’s unclear what their ultimate plans are with the Wrexham Association Football Club, it will certainly be an interesting journey to watch. 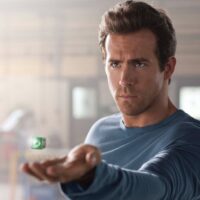 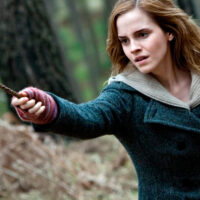 Emma Watson Emerges To Address The Rumors About Her