Related:
Holly Marie Combs: Why The Charmed Actress Never Appeared In The Reboot

Raised In A Cult

Rose McGowan was raised in a cult at the Children of God commune in Florence, Italy where she was born. The organization has since faced numerous accusations of rape and incest among its members.

For her part, Rose was protected from most of Children of God’s bad behavior. At some point her father realized what was going on and he, along with his wife and daughter, fled the commune.

That experience, however, has made Rose keenly aware of what cult behavior looks like. Recently she’s become concerned that people’s devotion to America’s various political parties has become cult-like.

Rose McGowan recently jumped into the political battlefield. For instance, she once became the top trending topic on Twitter after she said this…

“What have the Democrats done to solve ANYTHING? Help the poor? No. Help black & brown people? No. Stop police brutality? No. Help single mothers? No. Help children? No. You have achieved nothing. NOTHING. Why did people vote Trump? Because of you motherfuckers.”

In response the internet went after her hard and so did the mainstream media. Here’s just a few of the things being said about her in response…

Previously she drew ire by attacking newly chosen Vice Presidential candidate Kamala Harris for her past ties to Harvey Weinstein.

Kamala Harris accepted the rather small sum of $2500 from Harvey Weinstein in 2014 to fund her re-election campaign for California Attorney General. In 2017 she accepted another $2500. By 2017 the accusations against Weinstein.

It’s worth noting though, that a lot of political figures were in bed with Weinstein. Here’s Michelle Obama praising him in 2013 for instance…

Back in 2013 Michelle Obama likely had no idea what kind of behavior Harvey Weinstein. By 2017, however, Kamala Harris had to have known. However, Harvey Weinstein was long one of the biggest donors to Democratic political campaigns in Hollywood. She was by no means the only well-known political figure getting money from him, and the amount she recieved was fairly minimal. It’s entirely possible that Kamala didn’t even know about the donation when it was made.

The now 46-year old actress began her career in the early 90s. Rose McGowan’s film debut was a small role in the Pauly Shore/Brendan Fraser/Sean Astin comedy Encino Man. It took her three years to land another role, which she eventually did in the dark comedy The Doom Generation. This opened eyes and pushed her into the role of Tatum Riley in the 1996 horror film Scream. She was also seen again that year with Pauly Shore in the movie Bio-Dome.

From there, Rose McGowan’s movie career took off. McGowan was seen in Going All The Way, Phantoms, Southie, Ready to Rumble, Monkeybone, and Roads to Riches among other films.

Rose McGowan also became infamously involved with director Robert Rodriguez (he allegedly cheated on his wife with her) and together the two made the sex-soaked, zombie-infested installment of Grindhouse called Planet Terror.

This was all leading up to the TV series she is most known for, Charmed. The series itself began in 1998 and told of three sisters who are witches. Rose McGowan came aboard Charmed beginning season 4 and was the half-sister to the Halliwell girls. This is of note because Charmed is where Rose McGowan met and worked with Alyssa Milano, whom she’d later be feuding with.

Since the end of Charmed, its last season ended in 2008 though Rose McGowan finished in 2006, McGowan has been sort of hit and miss in Hollywood. Much of this could be attributed to Rose becoming a more vocal presence in other ways.

Rose McGowan is a staunch activist for LGBTQ rights. This has been on-going for McGowan since before 2008 when she campaigned against California’s Proposition 8. Prop 8, if you are not aware, was a state constitutional amendment that banned same-sex marriage. The amendment was deemed unconstitutional in 2010 and thusly overturned.

Rose was also part of the 2009 NOH8 Campaign (no hate) which promotes LGBTQ marriage, gender, and human equality.

On the flipside, Rose McGown has frequently been accused of being homophobic for some of the comments she’d made about gay men. McGowan is a strong feminist and in a 2014 podcast with Bret Easton Ellis she accused gay men of being more misogynistic than straight men.

BRAVE. That is the title of Rose McGowan’s tell-all. And by tell-all, we mean TELL ALL. It took McGowan years to finally open up about the sexual harassment she’s endured over the years, but once she spoke, it has been non-stop.

In her book, Rose McGowan covers her entire life, from early on to the present. She details the many cases of abuse she suffered at the hands of the powerful, from her first sexual assault at 14 by Harvey Weinstein.

Of that first assault, McGowan says a man in his late 40’s “jammed his tongue down my throat” and fondled her breasts while she worked as a film extra. Again, she was 14 at the time.

Then it was time to detail the assault Rose McGowan alleges Harvey Weinstein committed on her. Her account is graphic, so please skip this next part if need be.  Here we go…

Harvey Weinstein has since been accused by many, charged and now resides in prison. There he will likely stay for the remainder of his years.

Rose McGowan is also known for her relationships, one famously to rock star Marilyn Manson. The couple was engaged for two years when McGowan finally tired of the lifestyle. As she mentioned in a statement at the time of their break-up, “There is great love, but our lifestyle difference is, unfortunately, even greater.” In her book she writes, “I was really in love with Manson,” she writes, “I just couldn’t do the lifestyle anymore. I was too tired.”

Rose McGowan did make headlines before their parting when the couple arrived at the 1998 MTV Video Music Awards and she wore a sheer black beaded gown and a thong. It left nothing to the imagination, her breasts were there for the world to see. And they did.

Another relationship that went sour was the professional one she had with former Charmed co-star Alyssa Milano. It was a brief tweetstorm, but worth noting.

Milano, a well-known Joe Biden supporter, made news when she continued to support Biden, even though he was accused by Tara Reade of sexual assault. Milano’s comments, stating that she was going to stay silent on the allegations because she felt it was important that the investigations into the allegations should have taken place when the alleged assault happens. Milano also made reference to Rose McGowan coming forward many years after the fact.

While the back and forth has since died down, the bad blood between Rose McGowan and Alyssa Milano continues.

So, where does that leave Rose McGowan now? She recently appeared on SiriusXM’s The Jenny McCarthy Show telling the world how she feels about Harvey Weinstein being behind bars. “Thank you goddesses in the world and men that saw things differently on the jury and the women that testified and all the women that just hung through and all the people in the world during that period,” McGowan said. “I really feel like ‘Planet 9’ is my gift to the world of like, ‘hey guys, we went through a really f—ing hard, gross time where we had to see f—face pig monster every day and it triggered a lot of people and opened a lot of their wounds daily, daily, daily relentlessly. I had to do that and I’m sorry, but I had to do that because we have to look at the collective wound that we’re all walking around with.”

While the turmoil will never be gone, Rose McGowan is trying to move forward with her life and her career. She continues to work, albeit minimally, in Hollywood. Some believe studio executives are hesitant to hire her after all the controversy she’s been embroiled in.

Rose is finding other ways to express herself creatively. She’s also out promoting a new album, Planet 9. Yes, she can even sing.

Wherever Rose McGowan goes next, it won’t be done quietly. Whether it’s on-screen, in the recording studio, or for a cause she feels she needs to stand for.

Undoubtedly Rose McGowan has said a lot during her 28-year film and television career. She took on Hollywood by helping expose the Harvey Weinstein atrocities. She took on the Democrats, referring to the lot of them as a cult. She took on Caitlyn Jenner after Jenner was named Glamour magazine’s Woman of the Year which saw Jenner remarking that “the hardest part about being a woman is figuring out what to wear.” McGowan took Jenner’s remark to heart and decided to attack Jenner saying via The Daily Beast, “We are more than deciding what to wear. We are more than the stereotypes foisted upon us by people like you. You’re a woman now? Well fucking learn that we have had a VERY different experience than your life of male privilege.”

Rose McGowan does not back down. She continues to fight for what she believes in. Now, though, McGowan has decided that where she fights is just as important as what she is fighting for.

SHE’S GONE AND SHE ISN’T COMING BACK

Unlike the many celebrities who “promised” to leave the country if and when Donald Trump was to be elected in 2016 (come on, you know who you are Cher, Samuel L. Jackson, Eddie Griffin, Amy Schumer, Raven Symone, Rosie O’Donnell, and the like), McGowan has actually lived up to her promise, though it had nothing to do with President Trump being elected.

McGowan moved to Mexico (Cancún) in early 2020 and has since settled in nicely. She continues to have a big presence on social media, posting a quick view of where she finally settled after having lived in the city for a couple of months. Apparently, she lives alone with only her dog Pearl by her side.

Of her move, McGowan told Newsweek that she has no plans to move back to the United States, and to date, she has lived up to her words. “I will not go back and live there,” she said to Newsweek. “I went back recently for the first time in quite a few years and it freaked me out. The energy there, people are are short-circuiting. I went from the top of one half of the country to the bottom of the other and every place I went—and not because I’m Rose, just random people—it was almost like random threats of violence every day. It’s not OK and it’s sad what’s going on.”

McGowan then went on to explain her love for where she’s ended up. “For me, I’ve found a softer, gentler place. And although a lot of people like to put Mexico down, for me it’s been nothing but beauty and healing and softness.” She also explained, because of her willingness to take down Hollywood that she will probably never work again as an actress in Tinsel Town. “No. I can’t,” she explained. “They’ve really ensured that… It takes a village to maintain silence and secrets. What I’m doing now is healing.” 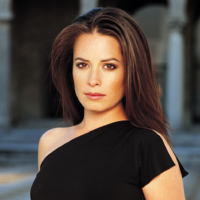 Holly Marie Combs: Why The Charmed Actress Never Appeared In The Reboot 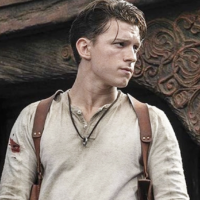