Ron Jeremy plead not guilty to these extra charges, which involve alleged attacks from 1996 to 2013, from victims between 17 to 38 years of age. Three of these new charges include forcible rape, including the attack of a 17-year-old. According to USA Today, this means that Ron Jeremy is now facing 35 charges from 23 alleged victims, which also includes a 15-year-old girl. These attacks happened between 1996 to 2020.

In addition to the 23 women who have come forward with allegations against Ron Jeremy, 14 other women have stated they were assaulted by Ron Jeremy, but happened outside the court’s statute of limitations.

The Daily Beast says that according to the DA’s office, with these new charges, Ron Jeremy is facing 11 forcible rape counts, six counts of forcible oral copulation, eight sexual battery by restraint counts, five counts of forcible penetration by a foreign object, and one count each of sodomy, assault with the intent to commit rape, assault with the intention to commit forcible penetration digitally, penetration by a foreign object on an unconscious victim, and lewd conduct with a 15-year-old girl.

Many who have worked with Ron Jeremy have said that his actions aren’t much of a surprise. Speaking to the Los Angeles Times, Alana Evans, president of the Adult Performers Actors Guild, who has filmed with Ron Jeremy in the past said, “He does things without asking. There’s a lot of people who assume because we’re adult actresses that it’s OK to just touch us inappropriately.”

In 2017, adult actress Ginger Banks made a YouTube video who gathered all of the allegations against Ron Jeremy, and according to the Los Angeles Times, detectives are planning to interview Banks to find further victims. Soon after, Rolling Stone also published the allegations of a dozen women against Jeremy, to which he replied, “I have never and would never rape anyone. All serious allegations have been investigated by police and dismissed by judges.”

In recent years outside of the world of the adult film industry, Ron Jeremy has appeared on Robot Chicken, Chappelle’s Show, Tosh.0, Anthony Bourdain: No Reservations, and on the VH1 reality series, The Surreal Life, alongside Erik Estrada, Tammy Faye Messner, and Vanilla Ice.

Ron Jeremy has a preliminary hearing set for December 14, which leaves plenty of time for more allegations against the 67-year-old. He is currently being held on $6.6 million bail. 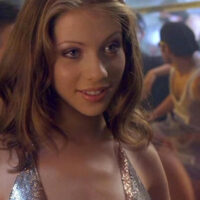