In Instagram comments which appear to have been deleted, Britney Spears says she may be done with performing for good

Often seen as provocative on social media, singer and dancer Britney Spears seems to know no bounds when it comes to posts on Instagram. A newly free woman after her well-publicized conservatorship and her father’s court battles ended almost a year ago, Spears is popular on the social media platform for posting risqué pictures that tend to highlight her assets in a way she feels that she has control over. In her latest post to her 42 million Instagram followers, Spears can be seen kneeling on a bed, facing a wall, showing off her backside. She reveals a lower back tattoo, while the indecent part of the photograph is covered by a well placed heart emoji. The picture has been liked by over 827,000 of Spears’ followers since it was posted yesterday. Now, it seems that news of the singer’s days on the stage may be over as the singer has revealed she may be done performing altogether.

According to a story from The Hollywood Reporter, in comments on the Instagram post which have since been deleted, Britney Spears claimed that she may never perform again due to the trauma she experienced while under her 13-year conservatorship that ended in 2021. The performer stated for the first time that she only cared for one music video she made during this time, for the song “Work Bitch,” while the others were heavily controlled by the conservatorship she was under. Speaking about the many photo shoots she had to endure while she was living in Las Vegas for a residency in Sin City, Spears remarked that the process was uncomfortable and that no one ever showed her the photographs taken of her before they were released to the general public. She also commented that she was not thrilled with the backup dancers chosen by the conservatorship to perform alongside Spears, bluntly saying “I’m pretty traumatized for life and yes I’m pissed as f–k and no I won’t probably perform again just because I’m stubborn and I will make my point.”

For many of those fans that had high hopes for a return of Britney Spears to perform on stage, either in Las Vegas or elsewhere, it doesn’t appear that the dancer has any interest in doing that sort of work anymore. The “Toxic” singer recently married her longtime boyfriend, Sam Asghari, in a wedding attended by A-list stars including Madonna, Paris Hilton, and Drew Barrymore. Spears and Asghari had been dating for over five years before getting married last June, just a few months after Spears found profound trauma again when she miscarried the couple’s baby.

Since that time, Britney Spears has vowed to take control over her own life, striking up a book deal for an upcoming memoir that Spears will write in the near future. The book will most likely detail information about her conservatorship and what it was like to be imprisoned within her own house, forced to perform in shows with dancers that she never chose or wanted. Spears recently dropped a new single with singer Elton John entitled “Hold Me Closer,” serving as a cover and remake to his famous 1972 song “Tiny Dancer,” of which both Spears and John perform the vocals on. While Spears seems to have no intention of performing again, the song has become a hit for the singer who has not put out new music in quite some time. 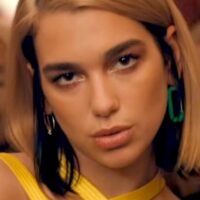