Nike designs are iconic, so much so that shoes have been made in a similar fashion. It has sparked plenty of lawsuits, even just in the past year. One of the most notable was the suit against the limited and divisive Satan sneakers that were made as a collaboration between the New York-based company MSCHF and rapper Lil Nas X. The shoes not only sold out immediately, but they also exploded with controversy and landed a lawsuit by the original shoe manufacturer.

The unofficial Nike shoes, which are based on the Air Max 97, featured a bronze pentagram, an inverted cross, and a drop of real human blood. Only 666 pairs were made, and they were priced at $1,018, in reference to the Bible passage Luke 10:18. For shoes coming from a rapper, it was incredibly metal.

Nike was not so amused by the shoes. The lawsuit was swift as it ended in a settlement in April of this year, resulting in a recall of the Satanic sneakers. Shoppers were granted refunds for the shoes by Lil Nas X and MSCHF’s Jesus shoes from 2019, which were sold for $4,000.

It is far from breaking news that Nike has sued someone or a company over ripoff versions of the company’s shoes. A few weeks ago, it filed a lawsuit against John Geiger, who is a popular designer known for customized NBA jerseys, as he was added to the ongoing suit against Lotus. He was sued for his GF-01 shoes that have come too close to the design of the Air Force 1. Another example was when the company sued Drip Creationz’s cute twist over the same original shoe that it sued Geiger over.

Not everyone has submitted so easily and quickly like what we saw with the Satan shoes from Lil Nas X and MSCHF. John Geiger defended his design as the sole, materials, and logo did not infringe upon the intellectual property of Nike. The colors scheme and the”g” were also pointed out for being different. He even slammed the company for taking people’s work within the community.

The issue for aspiring designers is the hold Nike has on these designs. It has secured rights over the configuration of the Air Jordan 1, Air Force 1, and Dunk. The company is also seeking trademarks for the Air Max 90, Air Foamposite One, Air Jordan 3, Air Jordan 4, Air Jordan 5, and Air Jordan 11.

In the past, some may have gotten a pass from Nike, but the past year has shown that is no longer the case. The company will continue to sue or send cease and desist letters against independent creators looking to make a shoe that is a nod to the company, regardless of differing colors, design choices, and materials. Despite how most of these have ended in settlements, John Geiger fighting for his shoe could move the situation in a new direction, which creators and consumers should keep an eye out to see how it all resolves. 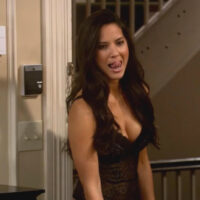 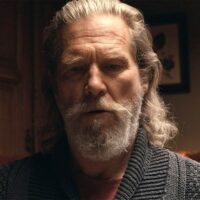