If one thing can be said about actress Natalie Dormer is that she doesn’t mind being nude in front of the camera. However, she’s also a feminist. As she explains in a 2014 interview with The Daily Beast, “It really is crazy that the word “feminist” can have negative connotations in 2014. It upsets me that the younger generation of women think it’s a dirty word and associate it with a kind of militantism or a sense of female superiority. It’s not. It just means liberation, and equality.”

She has strong views and and even strong presence on screen. Here’s where Natalie Dormer has been, where she’s going, and whether she’ll be wearing clothes.

A fan speculated what Dormer would look like if she was to be cast in the new The Batman movie as Poison Ivy. Let’s be clear though, she has not been cast, this is just a fan’s wishful thinking. Here is what she’d look like below.

What do you think? It could happen. HBO has several different Batman related projects in development and they’re actively looking for someone to cast as the plant-based Batman villain. Given Natalie Dormer’s HBO past, giving her a shot makes a lot of sense.

It wasn’t an easy start for Natalie Dormer from growing up to her jump into movies. The cruelty of kids was on full display with its focus on a young Dormer. “I suffered quite a bit of bullying, yes. I don’t know why. Life’s hard, man. School is hard, and I was a late-bloomer in finding out who I was and how to be myself. Kids are very cruel to each other. It was never mental—it was physical, and psychological. And that’s the worst kind of bullying because it’s hard to grasp on to and explain it to other people. It’s a cliché, but what doesn’t kill you makes you stronger,” she explained to The Daily Beast.

Natalie Dormer had a similarly rough start to her movie career. She appeared in the British TV series Distant Shores and then made her feature film debut in the rom-com adventure Heath Ledger-led Casanova. Of course, she played one of Casanova’s many conquests.

Then came a lull in her work, which she refers to as a “steep learning curve.” Natalie explains, “A lull. It was due to bad representation. I was attached to an independent film that didn’t have its money, and instead of keeping me on the audition circuit, they just took me off. When the movie fell through, I had spent many months not working, and was waitressing and doing data entry to make money—these temp job situations. It was a mismanagement situation that led to me not acting for 10 months. That was a very steep learning curve for me. Then I landed The Tudors and managed to pick up some momentum again.”

Natalie Dormer made the choice to do nudity early on in her career when she took the role of Anne Boleyn in the racy period piece The Tudors. The series ran for four seasons, telling the story of the English royal House of Tudors, focusing mainly on the reign of King Henry VIII.

The series was shown on the premium cable channel Showtime, which has the reputation of not shying away from showing skin. The Tudors was no exception as it had an unflinching look at how sex shaped the royal house. Unfortunately for Natalie Dormer and her role as Boleyn, she only lasted the first two seasons, losing her head at the end of the second. But she took on the role because she needed the work.

Natalie Dormer said via NewStatesman, “I was grateful to get the job. People would say, ‘The Tudors was so hyper-sexualised, why on earth would you make that decision?’ Well, I made the decision because I was unemployed. I didn’t know what The Tudors was going to be, I didn’t have all ten scripts; I’d just got a job, for fuck’s sake.”

Nudity would follow Natalie Dormer. Showing filmmakers that she wasn’t shy about it resulted in many of the roles that were being offered to her requiring a lot of nudity. While she didn’t have a problem taking it off, she was picky about those roles and, for the record, taking it off or doing sex scenes wasn’t a comfortable thing for her. “To set the record straight, I have never been comfortable doing sex or nude scenes… Are you joking? How many people would be? My job specification is finding motivation in the text.”

Continuing to address her nude scenes Natalie Dormer goes on. “I’ve turned down roles this year that have involved sex, solely because of the way I’ve been misrepresented. I’m so terrified at the moment of perpetuating that clickbait image of me.”

Natalie Dormer has been in movies or TV series where nudity wasn’t required. She was in Silk and then a small role in Marvel’s Captain America: The First Avenger. She was also seen in the TV series The Fades and the TV movie Poe before another big break came her way. This was one of the biggest things in TV history: HBO’s Game of Thrones.

GAME OF THRONES AND CONTROVERSY

Game of Thrones, like The Tudors, required nudity from Natalie Dormer. As Margaery Tyrell, Dormer was required to show some skin. The unwritten HBO rule at the time was that it had a “boob mandate”.

While Natalie Dormer didn’t actually confirm this mandate, she did say there needs to be more equality when it comes to the male to female nudity ratio. “Well, during the first season Alfie, Richard, and several of the men got naked—although not all the way. I suppose it’s just the rules of broadcast television, isn’t it? I think Thrones has been better than your average show with the equality, but they could definitely ramp it up! Absolutely.”

Her time on Game of Thrones didn’t come without its controversy. In it, Natalie Dormer’s character was forced to seduce the boy-king Tommen Baratheon. The boy-king was 12-years old in the story and it created much concern.

Natalie Dormer told the Daily Beast, “That scene was altered because I phoned Dan [Weiss] and David [Benioff] and said, “I’m not comfortable doing this.” It’s the nature of the beast that I’m four years into playing Margaery Tyrell and the big plot points of the book are in stone. You can’t change them. George R.R. Martin wrote a particular plotline, so on the specifics of Margaery and Tommen getting married, there’s nothing I can do. On the show, we had to find a way to navigate that in a sensitive way.”

Natalie Dormer often found herself defending the Game of Thrones many rape scenes, which forced a few active fans to abandon the series. She says, “I think sex and romance is a huge part of human motivation,” she said. “So long as it’s informing the story then I don’t see what the problem is. Obviously no one likes gratuitous sex or gratuitous misogyny, the same way people shouldn’t like gratuitous violence… But I think Thrones is quite good in that way,”

Natalie Dormer added. “The violence is quite naturalistic. It’s not hyper-stylised. It’s not glamorized. And the sex is quite real and dirty as well. It’s about those raw, visceral qualities of human life that make good drama.”

She also explained (i.e. defended) her role in the movie In Darkness, where she played a blind pianist, caught up in a murder mystery. Yes, there is sex and nudity. Natalie Dormer defended it to The Guardian, “There has to be sexuality in the power play of a thriller,” she said. “In this film, the sex scene, which for me was a love-making scene, is a metaphor for the way my character connects with the part played by [fellow Game of Thrones actor] Ed Skrein.” She continued, “[In Darkness] seemed to take on a tone that was completely out of my control. I was mortified that it had been interpreted in a gratuitous way. It was like a slap in the face.”

All controversy, sex, and nudity aside, the English born actress continues to get great work. Now 38-years-old Natalie Dormer has been seen in The Hunger Games: Mockingjay Part 1 and Part 2, the mini-series Picnic at Hanging Rock, The Professor and the Madman, The Dark Crystal: Age of Resistance, and the new series Penny Dreadful: City of Angels. 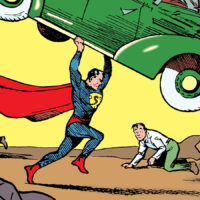 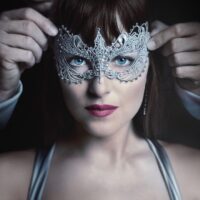