This Is Now The Most Watched Video On YouTube

The most-watched video on YouTube finally has a new one in the pole position and parents may (or may not) be happy with the new winner. If you’ve ever heard this thing on repeat for over an hour, as I have, you’d probably land in the “not happy” group but know that you contributed to its rise on the charts. That’s right, “Baby Shark” is now officially the most viewed YouTube video ever.

At 7,064,792,760 views (7,064,792,761 once I accidentally clicked it a second time), “Baby Shark” became the most-watched video on YouTube cresting over Luis Fonsi’s “Despacito”. Could this also be the list of the two most annoying songs of all-time as well? Sure, but no one is giving us humans any credit for having great taste when it comes to these things.

“Baby Shark” hit YouTube back on July 17, 2016, when the Korean educational company Pinkfong uploaded as part of its Songs for Children series. They weren’t the original creators of the tune, but rather just appropriated it for their own music video purposes. The song has been around as a campfire tune for quite some time, loosely dating back to the 20th century and likely originating at a summer camp somewhere. Which goes to show you, all the worst songs started at summer camp.

And speaking to the idea that “popular” doesn’t also mean “good,” currently “Baby Shark” has 22 million upvotes and 10 million downvotes, scraping out barely a 2:1 positive: negative review advantage. It’s really something when one-third of the people who viewed it disliked it and it is still the most-watched video on YouTube in the platform’s history. What are we doing to ourselves?

It’s worth noting here that “Baby Shark” climbed the most-viewed YouTube list quickly over the last couple of months. Back in September, it was sitting at fourth, but over the last 45 days of so it took over the aforementioned “Despacito” as well as Psy’s “Gangnam Style” which are also sitting in the low 7 billions. It’s hard to imagine anything taking back the mantle anytime soon. Other popular songs/ videos on the platform include Ed Sheeran’s “Shape of You” and Wiz Kalifa’s “See You Again” but both are a few billion behind at least.

Getting to be the most viewed video on YouTube is an exact science, but unfortunately, only YouTube knows what that science actually is. Some claim YouTube diverts traffic in their algorithm to things they’ve deemed worthy of watching while others seem to think it’s more hit and miss on how videos actually gain traction. However the sausage is made here, “Baby Shark” landed at the perfect intersection considering its meteoric rise on the charts over a relatively short time.

We are far removed from the “Charlie Bit My Finger” and “Chris Hadfield’s Space Oddity” territory. YouTube is big business now and the stakes for rising up the charts on the platform have made people and creators into millionaires many times over with their videos. Channels like PewDiePie, Dude Perfect, and Ryan Kaji have all become ultra-rich for what they’ve put out over the years. But in terms of views on just one, crazily annoying song, “Baby Shark” has now officially done the best of them all. 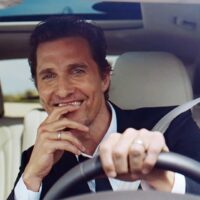 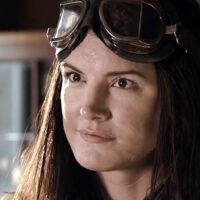 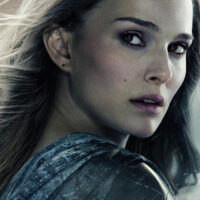