Michael Hogan: The BSG Star’s Career Cut Short By Tragedy, You Can Help His Family

For over forty years, Michael Hogan has been in everything from television and film to operas and video games. The Canadian actor most well-known for playing Colonel Saul Tigh on Battlestar Galactica has had an extremely varied and unique career with steady roles since the late 1970s.

Unfortunately, his career is ending in sorrow and heartache for his family and his fans. Tragically, Michael Hogan suffered a horrible accident in February of this year. According to Susan Hogan:

“On Feb. 17, 2020, everything changed drastically in our world. Michael was in Vancouver participating in a Battlestar Galactica convention, and at dinner following his day’s work, he fell and hit his head. Hard. He went to bed that night not realizing that the impact had caused a massive brain bleed. He was unable to be woken the next morning and was taken to Vancouver General Hospital and emergency performed. It took 57 staples to close the part of his skull they had to remove in order to reach the damage.

“The accident left him with complete paralysis on his left side, memory loss, cognitive impairment and an inability to swallow. Then things became incredible more difficult during the COVID pandemic with visits by family being restricted then denied and no care team (physiotherapist, OT, speech therapist, etc.) allowed in.”

At this time, Michael Hogan is currently at The Berkley Care Center in North Vancouver, where Susan is allowed limited supervised visits. He has since been able to go to a physiotherapist several times a week, but Hogan still has a long road to recovery, and it’s possible that unfortunately, he might not be able to work again.

Understandably, Susan Hogan hasn’t been able to work for months due to her husband’s condition , so if you would like to help the Hogan family with their mounting medical bills during this extremely difficult time, the Michael Hogan Fund on GoFundMe is currently at over $314,000 of their $350,000 goal.

We hope for the speedy recovery of Michael Hogan and the best for his wife, children and extended friends and family during this process.

Michael Hogan was born in Kirkland Lake, Ontario in 1949 and he trained at the National Theatre School of Canada. While there, he would meet his wife, actress Susan Hogan. In an interview with The A.V. Club, Hogan spoke about his beginnings as an actor working at the Shaw Festival:

“While I was there [National Theatre School of Canada], in the first year, I met Susan King, who was in the third year, and the prettiest girl in Canada. Fell in love with her, and I decided not to go back. Susan had lots of work out of theater school, she had the Shaw Festival and the major theaters across the country. She was working in the film and television business at the time as well, and so I left with her and just was an extra, or a walk-on. She’d get a call saying, ‘Hey, would you come and do this play or whatever?’ And she’d say, ‘Yeah, I will, if there’s a part for my husband in it.’ So I’d be a spear-carrier, [or] a collection of waiters and porters, while Susan did these shows.”

Michael Hogan went on to say that in the early ‘70s, his work on the play Something Red was the “first time I knew that I could do everything that was required of me in this play.” Over the years, Hogan continued to do theater work, playing such parts as Bill Loman in Death of a Salesman, then playing Willy Loman in the same play 19 years later, as well as the one-man show Red Mango Blues, and played Petruchio in Taming of the Shrew with Susan playing Kate.

In 1978, Hogan made his film debut in the Peter Fonda-starring action comedy, High-Ballin’. Michael Hogan would appear in several Canadian productions in the beginning of the 1980s, such as Klondike Fever, based on the writings of Jack London, the ensemble comedy Gas, alongside Howie Mandel, Sterling Hayden and Donald Sutherland, and the horror film, Deadly Eyes.

In the 1980s, Michael and Susan would appear together in a number of popular Canadian television series, including 1983’s Vanderberg and 1986’s The Little Vampire.

Hogan would follow these roles with performances in other Canadian productions such as 1994’s I Love a Man In Uniform and Road to Saddle River and 1995’s Soul Survivor. He would also appear in 1992’s romantic comedy The Cutting Edge.

But in the 90s, Michael Hogan continued to work steadily in television. Hogan had a prominent career in made-for-television films of the time, and would appear in such notable shows as Chris Carter’s Millennium, 1997’s The Outer Limits and the Canadian crime comedy, Due South.

The early 2000s, Hogan’s television work brought with it even more substantial roles, appearing in the two-part premiere of Monk in 2002, the sci-fi series, Andromeda, and a recurring role on The L Word. In 2003, Michael Hogan would receive a Gemini award nomination for Best Performance by an Actor in a Leading Role in a Dramatic Program or Mini-Series for his performance in Betrayed.

But also in 2003, Hogan would appear in the Battlestar Galactica mini-series as Colonel Saul Tigh, which would likely go down as Hogan’s most iconic role.

The last decade or so of Hogan’s career has been extremely versatile and strong. In the 2010s, Michael Hogan appeared on Psych, Supernatural and played Deathstroke’s alter-ego, General Slade Wilson, on Smallville.

Hogan would have a recurring role on Teen Wolf as Gerard Argent for twenty-two episodes in the show’s second and third seasons. In the last few years, Michael Hogan played Otto Gerhardt in Season Two of FX’s Fargo, and appeared in other high-profile series as The Man in the High Castle, 12 Monkeys, Criminal Minds, The Magicians and Chilling Adventures of Sabrina. His most recent television appearance came in a guest role on the drama series, When Calls the Heart.

While Michael Hogan has mostly stuck to television in recent years, he still makes the occasional film appearance. In 2008, he was cast in the Keanu Reeves-starring The Day the Death Stood Still, and in 2011, appeared in Catherine Hardwicke’s Red Riding Hood, starring Amanda Seyfried. His last film performances were in two 2020 films: the Edward James Olmos-directed The Devil Has a Name and in Sonic the Hedgehog.

Also, in the 2010s, Michael Hogan appeared in several massively popular video games. His debut was in 2010’s Mass Effect as Captain Bailey and would return in 2012’s Mass Effect 3. He also did voice work in two of Bethesda Studios’ biggest franchises, portraying Doc Mitchell in Fallout: New Vegas and General Tullius in The Elder Scrolls V: Skyrim 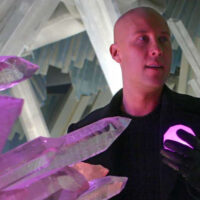 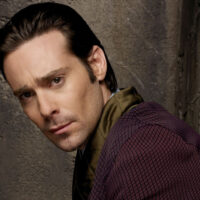