Michael B. Jordan is one of the more celebrated actors of his generation, but he’s dealing with a moderate controversy right now for something that happened off-screen. The superstar talent recently came out with a new beverage brand but is taking heat because of what he chose to name the new product. The controversy and backlash is coming from the Caribbean community which is claiming the name is cultural appropriation and overall insensitive.

Michael B. Jordan had released some promotional material for his new rum brand, J’Ouvert. The name is derived from the French words jour ouvert which means daybreak or morning. But there is also an association with a Caribbean festival of the same name which is meant to begin the celebration of Carnival. Jordan’s brand was trying to capitalize on this association and it was clearly part of the marketing strategy behind the new product.

But a number of folks rang in with confusion and disappointment around Michael B. Jordan and his team going this direction with the name. One of the primary voices with Nicki Minaj who hails from Trinidad and Tobago and took offense to the use of the J’ouvert name for branding purposes. She posted the following Instagram message denouncing the choice of names and giving some background on the history of the word and the holiday.

The hashtag #JouvertRum began trending on Twitter but not for the way Michael B. Jordan likely would have wanted. There were more than a few folks who took significant umbrage with the choice and wanted the branding changed immediately. The common theme was that because of the importance and significance of the holiday within Caribbean cultures, it was imperative the rum brand not use it for their own labeling.

To his credit, Michael B. Jordan quickly rang in saying the brand would be changing names and tried to apologize for the poor choice of their original marketing. He posted an Instagram story that lamented the decision and made clear that they would be pivoting very quickly. Here’s part of what he had to say about the situation:

I just wanna say on behalf of myself & my partners, our intention was never to offend or hurt a culture (we love & respect) & hoped to celebrate & shine a positive light on. Last few days has been a lot of listening. A lot of learning & engaging in countless community conversations…We hear you. I hear you & want to be clear that we are in the process of renaming.

Whether there was ill intent behind the marketing decision (unlikely) or just simply a lapse in judgment that failed to factor in the cultural ramifications (more likely) we won’t know. But Michael B. Jordan won’t be going through the J’Ouvert label with the new rum product. Actor Bryan Greenberg was also a part of this beverage brand, though doesn’t appear to be taking the same kind of flak as the more high-profile Jordan.

From the acting front, Michael B. Jordan has plenty going on right now. He’s set to reprise his role of Adonis Creed in Creed III next year. And it was also just announced that he’d be voicing the role of Erik Killmonger in Marvel’s animated series What If…?. There had been rumors that he was in line to possibly play the next Superman when J.J. Abrams and Ta-Nehisi Coates reboot that character for DC. But that looks like it’s off the table. In the short term, he’s going to be finding a new name for his rum. 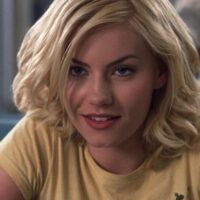 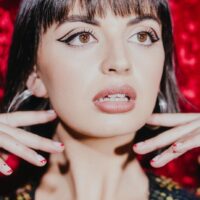