Megan Fox is turning heads once again thanks to her relationship with rapper Machine Gun Kelly. Recently, she attended a party with him to celebrate the launch of his new nail brand UN/DN LAQR. Taking to Instagram, Fox buried the lede a little by posting the caption “hot topic couture” with a fairly innocuous pic showing off her hair and emo-inspired makeup for the night. The real story can be found when you scroll through her pics of the event and see the interesting choice MGK and Megan Fox made to chain their pinky nails together.

Take a look at the pics shared by Megan Fox below. You’ll want to click the arrow on the right to see all of the pictures.

Honestly, it’s a pretty funny way for Megan Fox and Machine Gun Kelly to show their coupledom while also showing off MGK’s new nail brand in the process. If not funny, it’s a least a pretty interesting fashion statement. Plus, it’s not like this couple is any stranger to attention. Their frequent outings with fellow power couple Kourtney Kardashian and Travis Barker have led to plenty of Instagram posts and instances of PDA.

Needless to say, Megan Fox is definitely squarely back in the spotlight. Fox burst onto the screen with Michael Bay’s blockbuster hit Transformers in 2007. Since her big break, her acting roles have gradually slowed down over the years. But it looks like she’s ready to get back in the swing of things. In 2021 alone, she had roles in three different movies.

If you’re looking to catch up on Megan Fox’s acting career, the films Midnight in the Switchgrass (which co-stars her boyfriend Machine Gun Kelly), Till Death, and Night Teeth have all been released. On the docket for the near future, she has the films Big Gold Brick, Good Mourning with a U, Johnny and Clyde, and The Expendables 4 coming out in 2022 and beyond.

In addition to starring in all of these films and flexing her acting muscles, you can see Megan Fox supporting her boyfriend in several of his music videos. She starred in the video for his single “Bloody Valentine” as well as the video for his single “Drunk Face.” Add this to her support for his new nail brand and it’s clear to see that Fox is and MGK’s interests are very intertwined. In fact, the two actually met on the set of their film Midnight in the Switchgrass, and the connection clearly blossomed from there. Judging by the fact that they’re willing to be chained by the finger for a night, it seems like the relationship is going pretty well.

Needless to say, Megan Fox looks like she’s going to continue to keep things interesting. Whether it’s starring in a gory horror film or going out in public in crazy outfits with her boyfriend, she seems like she’s more than ready to be back in the public eye again. Whether you’re a fan of her older work or not, it’s good to see Fox stepping back into her comfort zone and putting out movies again. 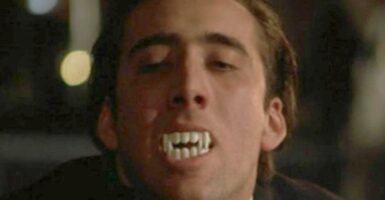 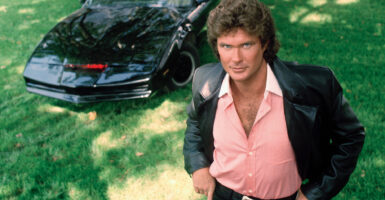 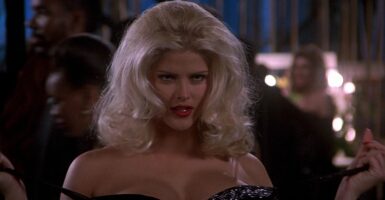 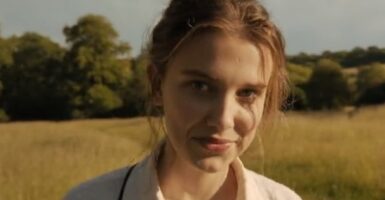