In case you might not have been on the internet for the last month or so, you may have missed arguably one of the strangest ads that have come out in the last few years. Famed home decorator, author, personality, and many more titles she has earned, Martha Stewart, was hired by Green Mountain Coffee for their new ad. However, Stewart and the company decided to showcase the woman topless while only wearing an apron with the logo of the coffee company, leaving the internet ablaze with confused and happy fans.

Showing this type of ad would certainly leave us to believe that Martha Stewart joined Only Fans, which is a platform for the more risque type of internet content to be shown on. Everyone wakes up in the morning with some good coffee, but now Green Mountain has decided to imprint Stewart nearly naked for everyone to remember while trying to start their day.

We have to be honest here, we had no idea that Martha Stewart is 81 years old. We would also like to add that she looks incredible for being 81, and good for her for wanting to go out into the world and wear whatever she wants. More power to her.

What a good, layered joke. Martha Stewart does have some fantastic skin, especially at her age. She also did not snitch, as she was sent to prison for insider trading back in 2004 and did her time without so much as a complaint or mess up while inside.

We also had no idea that Martha Stewart was a Chanel model, and from the above images, we can understand why she still looks so good. Stewart was amazingly beautiful back in her early 20s, and she is still quite attractive now. Again, good for her.

I think we’re all kind of wishing that we are as attractive at 81 years old as Martha Stewart is in the Green Mountain Coffee ad. We certainly don’t look anywhere this good when needing a cup of coffee in the morning, that’s for sure.

We have to hand it to Green Mountain Coffee, as they made a bold move when asking Martha Stewart to strip down to talk about their coffee. We would like to know how that pitch meeting went, and we also want to point out that Stewart is a good sport for even agreeing to do this ad. She is one of the most popular personalities in the world, and now she has shown it all for the betterment of the company and some fun.

We hope this leads to more opportunities for her to showcase her humor, much like she had when she partnered with Snoop Dogg. Martha Stewart and Snoop Dogg were a winning combo, and we could all use more of that partnership and whatever else Green Mountain comes up with. While some people might be a bit weirded out by this ad, we think it’s fantastic and has surely made people talk about it plenty. 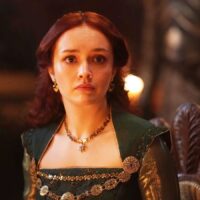