In total, her annual income is almost 10 times her Hollywood salary. Along with Boy Meets World, which was eventually syndicated to Disney, she also starred in the soap opera The Bold and the Beautiful and the movie White Chicks. “Don’t get me wrong. I was paid well in Hollywood, but nothing near what I am making now,” Maitland Ward told the publication. These days, the x-rated star also enjoys a level of freedom and control that wasn’t an option in her previous career.

Interestingly, Maitland Ward says she started working in adult films by accident. Her journey began when the risqué photos she shared on social media were routinely flagged and removed. That’s when some of her followers suggested she open a Patreon account. “Honestly, I never thought about content to make money,” she explained. The actress said she was just showing her authentic self.

Users pay her $500 for two-minute custom videos in which she acts out a fantasy using their name. The move launched Maitland Ward’s career into mainstream pornography where she commands the highest fee per scene in the industry for Deeper. When asked to comment on detractors who call her “desperate,” the 45-year-old says she’s not going to follow anyone else’s rules because it’s important to be authentic with yourself.

Disney Park Tickets Are About To Become A Lot More Expensive 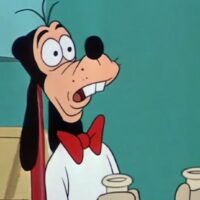 The CEO Of Disney Was Just Abruptly Replaced