Maisie Williams was 13-years-old when she was chosen from over 300 actresses auditioning for the role of Arya Stark in HBO’s game-changing series Game of Thrones. This was the English actress’s first role and it was a big one. Yet during the show’s eight-season run, Williams was able to grow as an actress, through the series and through other projects.

But since Game of Thrones‘ conclusion in 2019, what has Maisie Williams been up to?

Maisie Williams almost didn’t audition for Game of Thrones. Williams was becoming frustrated with the auditioning process after having missed out for a role in the Emma Thompson-starring sequel Nanny McPhee and the Big Bang (known to American audiences as Nanny McPhee Returns) for looking too young. But her mom convinced her to give the audition for the new series a run. Game of Thrones creators D.B. Weiss and David Benioff liked what they saw among the 300 young ladies and took a chance with Williams.

Maisie Williams’ role as Arya Stark premiered two days after she turned 14. Game of Thrones was an immediate smash hit, propelling Maisie Williams into the spotlight, something that surprised and confused her. As a newcomer, she had never seen fandom like she was getting from Game of Thrones.

Williams grew up on Game of Thrones, and in these formative years, she did her best to maintain life in school while filming Game of Thrones. Ultimately, she ended up opting for tutors as bullying by her peers became too much for her to handle. It wasn’t only her schoolmates, but social media was particularly difficult for her. One social media app, Formspring, was especially brutal. The app gained notoriety from the constant taunting it allowed, causing two suicides in New York and one in England. Williams got rid of most of her social media in an effort to avoid the brutal comments.

Fans loved the growth of Maisie Williams’ Arya Stark. Her character became so popular that the name Arya became the fastest-rising baby girl’s name in 2012, and the name jumped into the top 200 in England in 2017. Williams said of Arya to The Guardian, “She’s the serial killer everyone’s rooting for.” By the end of the series, the young Stark had claimed 64 victims.

The Game of Thrones production schedule allowed for Maisie Williams to explore other opportunities in her acting career. One of her first roles outside of Game of Thrones was on the BBC mini-series The Secret of Crickley Hall, which was based on famed British horror writer James Herbert’s novel of the same name.

She was then seen in Heatstroke, Gold, The Falling, and The Book of Love. Williams also appeared on the TV series Doctor Who. As her burgeoning career continued to develop, she was also seen in iBoy, Mary Shelley, and Then Came You. Then came her most troubled production.

The Delays of The New Mutants

The New Mutants was written and directed by The Fault in Our Stars‘ Josh Boone and was meant to be a superhero horror film in the world of the X-Men. Early on, Maisie Williams and The Witch and Split star Anya Taylor-Joy were the only two attached. It took another year for the rest of the cast to be announced as the film was still being developed.

Filming started in July of 2017 and finished roughly in September of the same year. The goal was to release the movie in April of 2018, yet due to Disney’s purchasing of Fox, the film was delayed. Then it was delayed again. Maisie Williams’ The New Mutants was continuously delayed over and over, as the Fox purchase and Disney’s planned future for the X-Men made it hard to know what the studio should do with their new property.

Disney finally announced The New Mutants would be released on April 3, 2020, but the film was pulled completely from the release schedule in March 2020 due to the COVID-19 pandemic. Two months later, Disney announced the final release date of August 28, 2020, and Maisie Williams’ The New Mutants finally came to theaters three years after the film was completed.

The movie received very mixed reviews, and a relatively low box office, due to coronavirus theater restrictions. However, The New Mutants did mee the approval of the LGBTQ+ community, who praised the movie for the romance between Maisie Willams’ Rahne Sinclair and Blu Hunt’s Danielle Moonstar. Director Josh Boone was excited that his movie would be breaking ground by showing the first queer representation in a major comic book movie.

As Josh Boone told Entertainment Weekly, “It’s sort of the spine and focus of some of the character-driven stuff in the film.” As Maisie Williams explains the relationship, “Rahne and Dani have a telepathic connection in the comics, and so we just wanted to extend that in the film and put that within reality.” Williams continued, “If they really could understand each other on that level, then you’d probably end up falling in love with that person.”

The LGBTQ+ community was at first skeptical of this inclusion, as previous attempts at representation from movies such as Beauty and the Beast, Star Trek: Beyond, and most notably Star Wars: The Rise of Skywalker never really amounted to much. But where those movies failed, The New Mutants, and the relationship between Maisie Williams and Blu Hunt’s characters, succeeded.

Maisie Williams is also the co-founder of Daisy Chain Productions, a small company that produces short films, which was set up in early 2016. Williams has also helped develop the social media app Daisie, which is sort of surprising given her rough history with social media. The Daisie app, which debuted in 2019, is a place for creators to interact and share their work with other like-minded individuals.

Maisie Williams’ success on Game of Thrones has given her a long leash to explore the world of moviemaking. Lately, Williams has appeared on the British TV series Two Weeks to Live, and also the horror flick The Owners.

At only 23, Williams has a whole world of opportunities available to her now that Game of Thrones has completed. 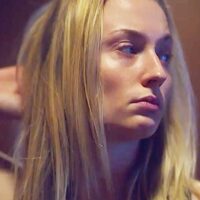 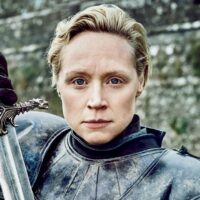