Korean-born actress Linda Park has something to say and she isn’t shy about it. Maybe her role as Enterprise communications officer Hoshi Sato taught Park how to communicate her issue.

Here’s everything we know about Linda Park, the disease she struggles with daily, and what she’s doing now.

Linda Park was raised in San Jose, California, and began to hone her craft in high school where she participated in a number of theatrical productions. Her studies took her to Boston University where she graduated with a Bachelor of Fine Arts.

During her career at Boston U, Park spent a semester studying at not one but two illustrious schools in England, the London Academy of Music and Dramatic Art as well as the Royal Academy of Dramatic Art. Park made the most of her time at Boston U as well as overseas by performing in Mad Forest, Lysistrata, Cyrano de Bergerac, The Trojan Women, and Richard III. It was an education that would pay off for Park in the long run.

Linda Park’s career started quietly with an appearance on the series Popular. She was then seen on the big screen as Hannah, Ellie Satler’s (Laura Dern) assistant, in Jurassic Park III. She was barely a year out of college when her big role on Star Trek was presented to her.

AS HOSHI ON STAR TREK: ENTERPRISE

The role of Hoshi Sato was not an easy one for Linda Park to get. At her first reading for the role, she was presented with a lot of opposition as many Asian actresses were vying for the part. Park was called back to read again, a great sign for the young actress. Still unable to choose who to play Soto, the producers then decided to have a screen test with the remaining candidates. More good news as Linda excelled on the screen test. She won the part and played Soto for the entire four-season run of Star Trek: Enterprise.

Linda Park’s role on Enterprise was not a beefy one. She definitely had her moments to shine on the show though. Soto was the Communications Officer onboard the Enterprise and she was also a linguistics genius. Soto had the capability to learn alien languages at an accelerated rate, something that saved the crew a few times. She always found herself as the interpreter between the crew and whichever alien species they had to deal with.

While she played Soto in the series, Linda Park also made time for a few other projects. She and fellow Star Trek alum Marina Sirtis, along with Star Trek guest star Tucker Smallwood, starred in the sci-fi thriller Spectres. Park and Sirtis were reunited in the Star Trek: Enterprise series finale titled “These Are The Voyages…” as Sirtis came aboard in her familiar role as Deanna Troi.

Star Trek: Enterprise ended its voyages in 2005 but it had given Linda Park enough recognition to keep things rolling along with her acting career.

Linda Park has never ventured far from the stage. This was evident when she was dating Tom Hardy (Venom, The Dark Knight Rises, The Revenant). Hardy also has a Star Trek connection, having played Shinzon in the movie Star Trek: Nemesis. Since then Hardy has gone on to a very successful acting career.

Back then the couple set up shop in South London, England, and even had designs to open their own theater company. Linda Park and Tom Hardy performed together in a play (Roger and Vanessa) but their relationship didn’t last.

After Enterprise ended, Linda Park moved on to other series and movies. She was seen in the features Honor and Infestation while also spending times o the series’ Raines (a series that was led by Jeff Goldblum but lasted only seven episodes), Women’s Murder Club that also starred Angie Harmon, and was also seen on Life and Law & Order: Special Victims Unit.

Linda Park’s next big turn came in the 2008 series Crash, a show based on the 2004 Oscar-winning Paul Haggis movie of the same name. The series starred Dennis Hopper (Easy Rider) and Eric Roberts (King of the Gypsies, Star 80) and was brought to the small screen by Glen Mazzara (The Walking Dead). The series was the very first produced by the Starz Network.

Park joined the show during at the beginning of the second season playing Maggie Blanchard, the wife of billionaire Seth Blanchard (Eric Roberts). The series received decent reviews but ultimately canceled after series star Dennis Hopper died of prostate cancer.

LINDA PARK ON THE STAGE

Linda Park still loves life on the stage. It was but a few years ago that a very enthusiastic Park was getting ready to christen the Kiki & David Gindler Performing Arts Center in Glendale, California. She played Maggie in Cat on a Hot Tin Roof. Not only was she about to become the very first Asian woman to play the part, but she was also sharing the stage with her husband, Daniel Bess.

Linda Park told StarTrek.com about what it means to her to play Maggie: “I have been dreaming of playing Maggie since I was 15 years old. I watched a movie called Double Happiness, with Sandra Oh. She plays this Asian-American actress whose parents tell her that she can’t really be an actress because no one will want to put an Asian in movies. Of course, I can relate. In these theatrical scenes in the movie, she’d be in her bedroom and would say Maggie the Cat’s speeches from Cat on a Hot Tin Roof. Her bedroom would turn into a theater and stage lights would come on. I didn’t even know the play then; I was just amazed by the movie that had a Korean-American actress. I thought, “Oh my God, look there’s an example besides Joan Chen, of an Asian-American actress being in the movies.” It was an indie, but still. It was a huge deal to me and the speeches she made as Maggie really touched me.”

Linda Park is a strong advocate against whitewashing. She first took a stand in her interview and then with her performance in Cat on a Hot Tin Roof. How does she see herself, as an Asian actress, in the role as Maggie? “That’s a complicated question, as right now race is a very complicated question in our current climate. Which is good. I think that glass needs to be shaken up because people got very complacent in saying that we’re in a post-racial world. In the past couple of years, even before Trump, it’s become very clear that we are not living in a post-racial world. Things may be a lot subtler or a lot under the radar, but these issues have not been taken care of. They’ve just been brushed under the carpet in some ways. First of all, I think that it is a very important thing… I don’t like to say just the first Korean Maggie. I like to say the first Asian Maggie because there is such a juxtaposition in people’s mind of the south… Gone with the Wind. The Help. You know, the deep south and during that time of Jim Crow segregation or the Civil War. People just think of them as completely juxtaposed, like those things can’t live together.”

Linda Park has since followed up her Star Trek interview with one in Resonate. She hit on the whitewashing she sees in Hollywood. “I think that oftentimes there’s this excuse that there aren’t enough good Asian American actors when they say ‘oh we went with a white person’ – I don’t think that’s true,” Park told Resonate. “To clarify there’s not enough Asian Americans with bankability. There are enough good actors but not big names.”

She does have a solution that she’d like to see implemented. “The only way you’re going to make a big name is to give them the work to establish that name,” she says. “To give them the work that Rooney Mara gets or that Ryan Gosling and Emma Stone get. The kind of roles to let them have a chance to sink their teeth into roles that will really let them catapult into bankability. Maybe that’s what the Asian American community needs. It needs a Korean American filmmaker like a Barry Jenkins.”

Park also sees social media as a potential ally in her battle. What’s happening now with social media, which I think is the best thing about social media, is when the voice of the public has an uprising, it goes viral,” Linda Park says. “Whether it be against Trump or against Yellowface, you can’t escape it. It gets shared a gazillion times on Twitter or Facebook. It becomes a movement. That’s been the great thing about this.”

And what makes Linda Park even more admirable is the fact that she has been performing the bulk of her career with Lupus. It hit her early on in her career and like most Lupus sufferers, it was the fatigue that got her. She felt it was her busy schedule that was dragging her down. She explained to Good Housekeeping, “I was so tired, but I just attributed it to a really busy schedule,” she said. “I remember I would have to pull over on the freeway on the way home from school to take a nap.”

Next came the doctor’s appointments. “I was going for blood tests every single day for almost two months, and since my blood wasn’t clotting, I bruised very easily,” explained Park. “It looked like I had track marks on my arms. I was worried everyone in drama school was going to think I was a drug addict.” The final result was a diagnosis of Lupus. A frightening thing for someone who had never heard of the disease.

Linda Park then spent the next year on-and-off prednisone until her doctor said the next best course of action would be to remove either her spleen or one of her kidneys. He then told her, “’Let’s do the spleen today, and when you’re older and sicker, we can take your kidney,'” she recalled. “It sounded horrific. it wasn’t a very positive way to look at your future.”

But credit to her doctor and the surgery because Linda Park has been in remission ever since. She feels it completely saved her life. “If I think about the way I’d wake up ten years ago compared to how I wake up now, it’s like night and day,” she admitted. “For the most, I wake up and think, ‘I feel really good!’ And that is I’m not just surviving, I’m thriving.”

Now 42-years-old, Linda Park is starring in the hit series Bosch and continuing to thrive. 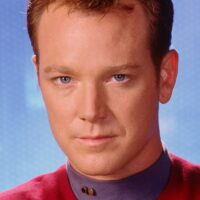 Robert Duncan McNeill, Why He Disappeared After Playing Tom Paris 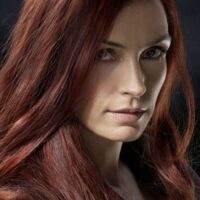