Kylie Jenner is an undeniable force in the world of social media. She has nearly 200 million followers on her Instagram account. When she makes a post and it manages to go viral, you know something serious is brewing. Well, that is exactly what happened thanks to a particular post that landed a week ago but is actually causing some real-world motivation in the best of ways.

Over a week ago, Kylie Jenner posted these shots of her in a bikini with a message encouraging her followers to register to vote:

The post is now edging close to 10 million likes. That alone is impressive but only in the realm of social media dominance. What is genuinely inspiring is that Kylie Jenner’s message about voter registration seems to have worked. TMZ reported that Jenner’s post drove a spike in visitor numbers to Vote.org. There was an 80% increase in overall traffic and a 1500% increase in traffic coming directly from Instagram itself. After doing some calculations, it looks like this translated to around 48,000 voter registrations being logged.

Celebrity endorsements and political affiliations often get tossed aside as being ineffectual. This post by Kylie Jenner seems to refute that hypothesis. Celebrities seem to have some significant influence when it comes to influencing or motivating voters. Dwayne Johnson recently voiced his support for a candidate in the 2020 presidential election, and it seems to have caused an expected ruffling of feathers. Meanwhile, Chris Pratt is out here doing the “important” work of getting people to vote for Onward in the People’s Choice Awards. Needless to say, celebrities exercising their right as citizens to voice their political opinions is bound to stir up heated discussion.

But, maybe Kylie Jenner is avoiding all of that by only encouraging voters to register instead of throwing pointed support behind a specific candidate. It is unclear at this moment if Jenner is supporting a specific candidate for the presidency. Perhaps it is best for her immense social media following to remain vague in those matters. A call to action for people to vote is one of the more neutral stances you can take when it comes to politics. It is hard to see anyone getting mad at such a decision. Then again, this is 2020 and people seemed determined to be mad at anything and everything. That’s an understandable feeling considering the state of the world.

Regardless, this is a well-earned victory for bikini photo enthusiasts and voters alike. Kylie Jenner used the often vapid and psychologically damaging medium of social media to do something that will have a net positive outcome. The more people that are registered to vote and do so helps create a better reflection of the country’s wants and desires at the ballot box. There are plenty of reasons to decry, denounce, and deride celebrity culture and celebrity worship, but this is not one of those times. Kylie Jenner made a positive change in the world while sporting a bikini and looking good. We’ll call that a win in a year that needs as many wins as it can get. 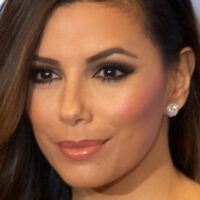 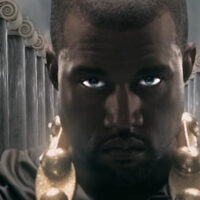 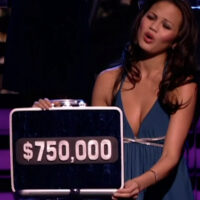