The roles Krysten Ritter are best known for are two women who, well… we don’t always see them at their best. There’s the tragic addict Jane in Breaking Bad and of course the eponymous super-powered private investigator in Jessica Jones; who suffers her own destructive habits. Considering the state in which we usually find both characters, it can be outright shocking to see the actress behind the roles modeling expensive lingerie, but that’s exactly what she’s doing in a photo posted to her social media over the weekend. And man, sometimes it’s okay to be shocked.

Krysten Ritter posted the image to her Instagram account a couple of days ago. She wears a sleek, black lingerie piece, partly obscured by shadow. And if you ever wanted to feel like Aaron Paul’s Jesse Pinkman or Mike Colter’s Luke Cage, there are worse ways than seeing her steamy “come hither” look. You can see the image below.

If you only, or mainly, know Krysten Ritter from her work on Breaking Bad and her Marvel Netflix work, you may be surprised to find her modeling, but that’s actually how her entertainment career began. According to a 2009 interview in Philadelphia Style, Ritter was recruited by a modeling agent when she was only 15 after an event at the Wyoming Valley Mall in the teeming metropolis of Wilkes-Barre Township, Pennsylvania. Starting in the early aughts, she landed bit and supporting roles in films and TV shows like Mona Lisa Smile, Law & Order, and Veronica Mars.

It’s been a minute since Krysten Ritter has been as big a presence in pop culture. Along with all of Marvel’s Netflix series, Jessica Jones was cancelled in 2019, though unlike a lot of the other series it had the chance to tie up any loose ends. It was also the only of the Marvel Netflix series besides Daredevil to make it to a third season.

But that doesn’t mean Krysten Ritter has been sitting on her thumbs all that time. Along with a cameo in 2019’s El Camino: A Breaking Bad Movie, she starred as the evil witch Natacha in last year’s dark fantasy Nightbooks. Based on the 2018 children’s horror novel of the same name, Nightbooks did extremely well with critics, with many agreeing it was fun and surprisingly scary for a story meant for younger audiences. You can watch the trailer for the flick below.

And of course there’s always the possibility of Krysten Ritter returning to the role of Jessica Jones, which is looking more and more possible. Along with some interesting hints Ritter has dropped here and there that it could be happening, there’s the simple fact that — starting in last year’s Hawkeye — we’ve seen two characters from the Marvel Netflix series make their non-Netflix MCU debuts. Vincent D’Onofrio starred as Wilson Fisk in Hawkeye, and Charlie Cox made a cameo as Matt Murdock aka Daredevil in Spider-Man: No Way Home. 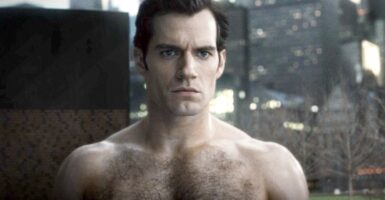 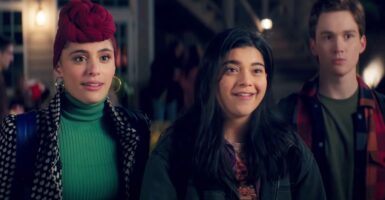 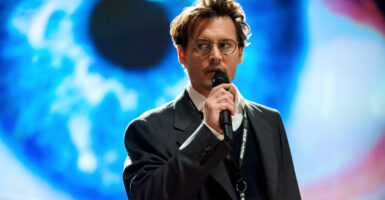 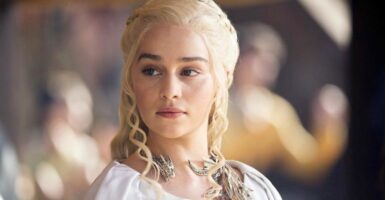