Celebrities getting into hot water over their past or current comments or actions is now a common occurrence. And the personality who has recently joined this not-at-all-coveted list is actress Kristen Bell who is being canceled by her online fans. While we have been waiting for her new projects to finally release, the Good Place star instead inadvertently attracted a controversy when she posed for photographs with the officers at the Los Angles Sheriff’s Department.

Kristen Bell is best known for voicing the character of Princess Anna in Disney’s animated films Frozen (2013), Ralph Breaks the Internet (2018), and Frozen II (2019), as well as the short films Frozen Fever (2015) and Olaf’s Frozen Adventure (2017). She is also famous for her leading role Eleanor Shellstrop in the renowned comedy series The Good Place. For the latter, the actress also received a Golden Globe Award nomination for Best Actress. But now, Kristen Bell is being canceled because the official Instagram of the Los Angeles County Sheriff’s Department Lancaster Station has shared photos of the actress visiting the station. Check out the post below:

In their post, they shared that they had “the absolute pleasure” of getting to meet the Bad Moms star who is “the kindest human ever.” In the pictures, she is seen smiling and happily posing with the officers. While this appears to be a seemingly innocent act, fans are attempting to get Kristen Bell canceled as they are not happy with the actress for supporting the very department that has been accused of “glorifying violence.”

As September 2021 article in the Los Angeles Times, the Los Angeles Sheriff’s Department has been called out for having “entrenched, gang-like groups of deputies” who have been “glorifying violence,” costing taxpayers “tens of millions of dollars in legal payouts” as well as displaying racist behavior. Kristen Bell being canceled is also connected to the fact that the actress and her husband, Dax Shephard have publicly supported the Black Lives Matter movement in the past. In fact, back in 2020, Bell willingly stepped down from voicing the mixed-race character of Molly Tillerman on the Apple TV+ animated musical comedy series, Central Park. She acknowledged that her continuing to play the role would be a blatant display of her “lack of awareness of my pervasive privilege.”

At the time, she had admitted that casting a mixed-race character with a white actress “undermines the specificity of the mixed-race and Black American experience.” And thus, she was happy to step down from voicing the character and instead, commit to “learning, growing and doing my part for equality and inclusion.” Bell and her husband have stated that they’ll raise their daughters to be anti-racist. The actress has also co-authored the New York Times Best Seller children’s book titled The World Needs More Purple People, which teaches children how to discover what makes them special while simultaneously understanding that every person is different. Kristen Bell is now being canceled as apparently, she has flouted her own claims by posing with the Sheriff’s department. Check out the posts below:

But while there are many striving to get Kristen Bell canceled, there are also people who are supporting the actress and defending her against the online backlash.

Till now, Kristen Bell has not responded to either faction of her followers as well as avoided commenting on the LA County Sheriff’s Department’s post. It will be interesting to see how this plays out. Typically this kind of thing tends to blow over without all that much incident. But there are times when the narrative has staying power. 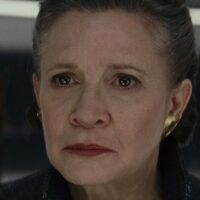 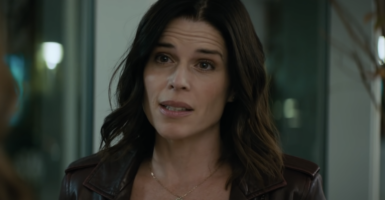