Outside of a Thousand Oaks, California mall, Kirk Cameron gathered a group of maskless Christmas carolers. He claims this was a protest of California’s stay-at-home order due to the spike in COVID-19 related deaths in the state. It was his second caroling protest this year. The singalong was next door to a COVID testing site. Hopefully, the protestors are aware they should wait a few days for their most accurate test results.

Other than caroling, protesting, and throwing super-spreader events for the holidays, what has Kirk Cameron been up to lately? Not a lot on his IMDB page, though his sister seemed to get him a part on an episode of Fuller House. He stopped tweeting in 2018. He does seem to be into his Instagram, though. In response to the public reactions to his protest, Kirk Cameron posted, “Have you ever watched the eye-opening, heart bursting movie, The Giver with Jeff Bridges and Meryl Streep? Today’s government leaders’ “safety rules” of “no singing,” “wear your mask at all times” and “socially distance” seem like they’re straight out of a scene from this scary movie about redefining life and reality for the “safety of the community”. Watch as Pastor Rob McCoy and I talk about the human need for hope and empathy.”

The movie The Giver is based on the book of the same name by Lois Lowry. It’s about a twelve-year-old boy named Jonas, who takes on the responsibility of knowledge his society has decided people should no longer know. Jonas goes on to suffer as he takes on the burden of facts and feelings while living in a community of people ignorant to the knowledge he has gained. You could say he might understand what it would feel like to be holding up a graph of COVID numbers in California while Kirk Cameron closes his eyes and sings Christmas carols.

While Kirk Cameron is busy caroling in his fight for his right to be a super spreader, health officials are spending their winter holidays preparing testing sites for surges. California officials made an order for 5,000 more body bags. They also have need of 60 more 53-foot refrigerators for California hospitals. The COVID-19 deaths in the state are currently four times higher than they were a month prior.

While Kirk Cameron is busy doing whatever it is he does these days, the vaccines are starting to roll out. Sir Ian McKellen has been vaccinated and feels lucky to have that behind him. Next year, if Kirk Cameron is still around, there is plenty of reason to believe his caroling events won’t even be news. Here’s to a rockin’ holiday for 2021. 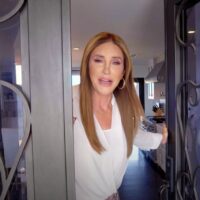