What did she do this time?

By Vic Medina | Published 8 months ago

Not content with just ruining our culture, the Kardashians are now ruining iconic outfits with a place in American history. According to a report by The Guardian, the dress worn by Marilyn Monroe to serenade President John F. Kennedy on his 45th birthday was permanently damaged when Kim Kardashian borrowed it and wore it to the Met Gala in early May. The damage only came to light when a Marilyn Monroe fan compared pictures of the dress before and after Kardashian wore it. The pictures, posted to Instagram, appear to show significant fraying, missing crystals, a broken zipper, stretched and buckling fabric, and lots of extra wear.

A post shared by The Marilyn Monroe Collection (@marilynmonroecollection)

The dress was worn by Monroe on May 19, 1962, at a birthday event for President Kennedy held at Madison Square Garden. The event was a fundraiser for the Democratic Party, and Marilyn Monroe surprised the crowd of 15,000 with her appearance, during which she sang the “Happy Birthday, Mr. President” song that has become a memorable moment in both popular culture and American history. It was one of the last public appearances for Monroe, as she would die from a drug overdose that August. President Kennedy would be killed by an assassin in Dallas the following year. It is claimed that Kim Kardashian was the first person to wear the dress since Monroe.

The dress, designed by Jean Louis, is owned by Ripley’s Believe It or Not, and is on display at their Los Angeles location, which has a number of Hollywood memorabilia displays. Scott Fortner, who runs the Marilyn Monroe Collection Instagram account, is often called upon to authenticate and verify Monroe memorabilia, and posted the pictures to show the dress suffered significant damage when Kim Kardashian borrowed it for her Met Gala appearance. “So much for keeping “the integrity of the dress and the preservation, @ripleysbelieveitornot, was it worth it,” Fortner posted with the pictures.

A post shared by The Marilyn Monroe Collection (@marilynmonroecollection)

At the time Ripley’s announced that Kim Kardashian would wear the dress, they stated “Great care was taken to preserve this piece of pop culture history. With input from garment conservationists, appraisers, and archivists, the garment’s condition was top priority … no alterations were to be made to the dress and Kim even changed into a replica after the red carpet!⁠” Although Kardashian only wore the dress for a short time on the Met Gala red carpet, it appears irreparable damage was done to the dress. Reports state that the crystal-covered silk dress is one of the most expensive in the world, valued at $4.8 million dollars. However, that is only what Ripley’s paid in 2016 to acquire the dress at a Julien’s Auction. In a May Instagram post, showing Kardashian posing with the dress on display, Ripley’s is now claiming the dress is worth $10 million.

A post shared by Ripley's Believe It or Not! (@ripleysbelieveitornot)

It is not known what sort of arrangement was made between Ripley’s and Kim Kardashian that allowed her to wear the dress, but it is rumored that a significant dollar amount was paid. Kardashian herself claimed she underwent a rigorous diet and training in order to fit into the dress, only to discover it still didn’t fit a month before the event. “When it didn’t fit me I wanted to cry because it can’t be altered at all,” she said. Even for Monroe, the dress was so form-fitting that at the time, she wore nothing underneath and had to be sewn into it to make it fit.

Needless to say, not only was the decision to have Kim Kardashian wear the dress criticized, knowing the damage she caused is not sitting well with just about anyone. Before the Met Gala, The International Council of Museums took the unprecedented step of criticizing the situation, “Historic garments should not be worn by anybody, public or private figures. Prevention is better than cure. Wrong treatment will destroy an object forever.” The dress is made from soufflé silk, a material no longer available, making the fabric irreplaceable.

Before the Met Gala Kim Kardashian attempted to head-off possible criticism. “I’m extremely respectful to the dress and what it means to American history,” she said at the time. “I would never want to sit in it or eat in it or have any risk of any damage to it, and I won’t be wearing the kind of body makeup I usually do.” However, video of Kardashian trying to put the dress on shows exactly why it appears damaged now. 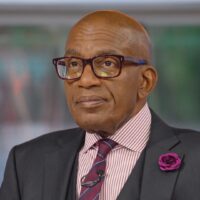 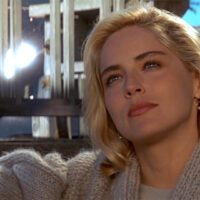