By Michileen Martin | 24 seconds ago

Kate Beckinsale just can’t seem to stop showing up on social media in stunning outfits and, after all, who asked her to stop? In one of her most recent series of images, Beckinsale blesses us with more than just a single photo. Instead, she graces us with a whole series of photos and even a video in a sexy black dress.

The actress posted the images to her official Instagram account on Friday. In a series of four photos plus a video, Kate Beckinsale shows off a geometric cut-out mini-dress with a corset-like top with leather trim that includes translucent mesh. The outfit also has a short, layered pleated skirt. On her feet, she sports tall platform sandals. You can see the images below.

In spite of an acting career stretching back to the 1970s, to many, Kate Beckinsale is first and foremost the werewolf-hunting vampire assassin Selene in the popular Underworld film series. Sadly, Beckinsale told Variety this past July that she thinks the fifth installment in the series — 2016’s Underworld: Blood Wars — was the last. Which isn’t to say she doesn’t want to get back in the role of Selene. She made sure to point out that she has her character’s form-fitting black leather pants at home and knows exactly where they are if the call should ever come for Underworld 6.

She also said that she was hoping for an Underworld crossover with Marvel’s Blade. While it seems like a long shot, who knows? With casting news and other developments for the Blade reboot just beginning to upgrade from a trickle to a stream, perhaps Kate Beckinsale could have a part in the rejuvenated franchise. Perhaps Selene wouldn’t be her role, but it isn’t like Underworld is her only door into the world of the supernatural. She also starred alongside Hugh Jackman in 2004’s Van Helsing.

Ironically, in spite of all the physically demanding action films Kate Beckinsale has appeared in, it was while making what she called the “intense emotional drama” Prisoner’s Daughter that she suffered what sounds like an absolutely horrible injury. Beckinsale said she was doing nothing more strenuous than putting on leggings in her hotel room when she felt in her back what she described as “sort of like a guitar string” snapping. She called the resulting pain “worse than having a baby bad.” In a darkly humorous turn, Beckinsale admitted she had an intense reaction to her pain meds, and apparently became paranoid while hospitalized that someone was going to steal her ovaries.

Prisoner’s Daughter will star Kate Beckinsale as Maxine — daughter to the recently freed ex-con Max (Brian Cox) who is struggling to reconnect with Maxine and his grandson Ezra (Christopher Convery). Ernie Hudson will play Max’s loyal friend Hank and Tyson Ritter (Preacher) has been cast as Maxine’s ex-husband Tyler who doesn’t want to be cut out of their son’s life. The film will be directed by Catherine Hardwicke (Twilight) from a script by Mark Bacci (Real Detective). No release date has been announced. 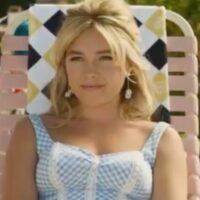 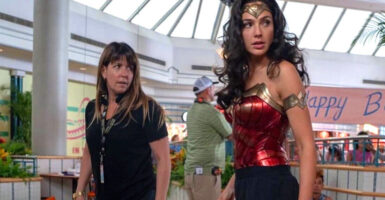 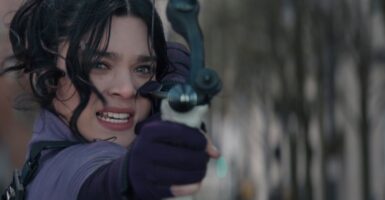