Kanye West has been dropped by his talent agency CAA and a documentary about him is being shelved.

Kanye West’s troubles may’ve finally caught up to him. According to The Hollywood Reporter, the Creative Artist Agency (CAA) stopped representing the Grammy recording artist within the last month. The report comes amid his repeated antisemitic comments that have caused quite a stir online.

In addition to CAA cutting ties with the artist, The Hollywood Reporter stated that Kanye West’s completed documentary project titled “Ye” is also being shelved by film and television studio MRC. CEOs Modi Wiczyk, Asif Satchu, and COO Scott Tenley wrote in an open letter that after discussing with filmmakers and distribution partners, they would no longer proceed with the distribution of the documentary. When asked if the project was sent to festivals, an MRC representative responded, “all activities were being pulled.”

For those unaware, Kanye West made numerous controversial comments about the Jewish community in early October via Twitter. The now-deleted comments have caused an uproar amongst fans calling for the artist to be canceled. The same day West made those comments, Meta confirmed a restriction was placed on the rapper’s Instagram account and that all of the content had been removed. West also made controversial comments on Tucker Carlson Tonight, the podcast Drink Champs, and NewsNation’s Cuomo.

As noted by The Hollywood Reporter, Jeremy Zimmer, CEO of rival agency UTA, sent a companywide email about how Kanye West’s comments “embolden others to amplify their vile beliefs.” The CEO added that the company “does not support hate speech, bigotry or anti-Semitism.”

Endeavor and WME mogul Ari Emanuel also wrote about Kanye West’s controversial comments. Emanuel wrote a column in the Financial Times that “silence” wasn’t an option for the business community in light of what West had said. Other business partners of West, including French label Balenciaga and the aforementioned MRC, have distanced themselves from the music icon.

Following the removal of his controversial post, Kanye West inked a deal with the “free speech” social media app Parler. Run by CEO George Farmer, journalists have described the app as an alt-tech alternative to Twitter and associated mainly with conservatives. The app markets itself as a free-speech and unbiased alternative to other social media networking sites.

Kanye West also upset many fans by wearing a provocative White Lives Matter t-shirt at Paris fashion week. In a statement, the rapper criticized society for deeming conservative opinions “controversial.” He also stated, “we have to make sure have the right to freely express ourselves.”

Kanye West’s last full-length album, 2021’s Donda, was distributed by Def Jam Recordings. As noted by The Hollywood Reporter, DJR is a division of Universal Music Group which sent out a tweet condemning West’s comments. The publicly traded company wrote, “There is no place for antisemitism in our society.”

The Santa Clause actor David Krumholtz even gave his opinion on Kanye West’s comments. The actor invited West to his current play Leopoldstadt, which centers on a Jewish family living in Vienna over a 50-year time span.

We’ll have to see how all this drama pans out. As for now, it seems Kanye West continues to face some severe consequences. 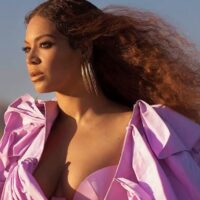 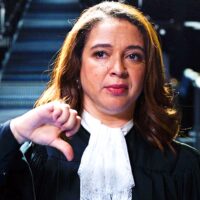