The long and complicated history of the Duggar family finally has a conclusion. Josh Duggar, most known for his family’s reality show 19 Kids and Counting, has been found guilty of charges made against him for child pornography (People). Duggar was initially arrested on April 29th, 2021 on federal charges. The charges included downloading material that contained child sex abuse. At the time Duggar entered a plea of not guilty (The Wrap).

This outcome is the best that could have been hoped for in light of the gravity of the situation. However, it should be noted that this is not the first time Josh Duggar and his family have been in the spotlight outside of their series. Recently father Jim Bob announced he is running for Senate. But more concerning is in 2015, a police report involving Duggar was discovered involving reports of him allegedly molesting 5 underage girls when he was a teenager. This report kept many of the names confidential. But it is known that several of the alleged victims were his sisters (CinemaBlend).

When the news broke, Josh Duggar’s parents Michelle and Jim Bob defended their son. In a joint statement his parents described what Duggar had allegedly done as “a very bad mistake” (People). As a result of Michelle and Jim Bob supporting their son, the family faced consequences. TLC’s 19 Kids and Counting was canceled.

19 Kids and Counting was so popular it lasted for almost a decade. The success of the show largely had to do with the subject matter. Josh Duggar and his family are part of a fundamentalist Christian church called Institute in Basic Life Principles – or IBPL. The doctrine that the church uses heavily encourages procreation and many restrictions on wives and mothers.

The podcast Some Place Under Neith covers the religious sect in depth in a six part series. The podcast mainly discusses cases of missing women. The IBPL was included in the podcast because of the restrictions allegedly placed on many of the women in the religious group. They are unable to hold careers and are expected to have as many children as possible. The podcast suggests that this is the environment where Josh Duggar was enabled. They are not the only ones to see the similarities. The church has a history of allegedly covering up sexual abuse, as detailed by Chicago Magazine.

Rumors of Josh Duggar’s crimes have gone back as far as 2003. One of the witnesses on the stand was family friend Bobye Holt. She testified that Duggar and his family had admitted to the molestation even before the child pornography charges were brought up (People). Holt states that Duggar had confessed twice to these acts. These facts are relevant to the case, but Duggar was only been with possession of child pornography. This means he is facing up to 20 years in prison which People states is a lesser sentence. Duggar is expected to face sentencing in four months. He is also expected to face up to $250,000 in fines. 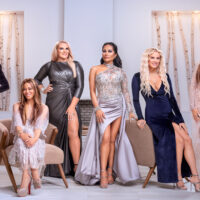