Johnny Depp is not hurting for cash.

After spending the better part of two months inside a Fairfax, Virginia courtroom legally battling it out with his ex-wife Amber Heard, Johnny Depp has found his next gig. The Pirates of the Caribbean star will be the face of Dior’s Sauvage men’s scent. According to a source close to TMZ, Depp’s mug will be seen all over commercials and packaging for the cologne in a multi-year deal that will be bringing a whopping extra 7-figures to the actor’s income.

Following the June ruling, which was mostly in Johnny Depp’s favor, the performer has been making his way back to the limelight in a variety of different ways. Other than showing his face out and about more with pals like Robert Downey Jr., Depp has also been taking the stage and performing in concerts with musicians and friends including Jeff Beck. According to the TMZ source, it was backstage at one of Jeff Beck’s concerts that the Dior deal took flight. It’s said that world famous photographer Greg Williams along with several top dogs at Dior popped in to not only show support for Depp in Paris, but to also offer him the new gig.

If the rumors are true, it will be a reunion for the brand and the actor after he previously signed with the company almost a decade ago in 2015. After serving as the face of their product for a few years, Johnny Depp’s Sauvage commercial stopped appearing on television screens shortly after Amber Heard’s first allegations of assault came out against him. Since then, we’ve been seeing less and less of Depp as the entertainment world backed out behind the actor. But, now that his name has seemingly been cleared, Depp is back to promoting the fragrance with a guitar strapped to his chest.

The case that would become the most talked about trial of the year began with a 2018 Washington Post Op-Ed piece in which Amber Heard spoke out about domestic abuse claims. While she never dropped him by name, many quickly assumed that the allegations were targeted at her on again off again partner, Johnny Depp. From that point on, Depp says that he was cut out of many projects that had his name on them, which we imagine included the Dior campaign.

After a lot of back and forth, the couple finally had their day, well several weeks, in court when the Depp v. Heard case landed in front of a jury back in April. While the actual op-ed never really took front and center, the abuse allegations did with Johnny Depp’s attorneys doing their best to take credibility out of Amber Heard’s statements. In the end, Depp won $15 million from his ex while Heard lost most of her counterclaims, but was able to win $2 million back from Depp for one of her counts of defamation.

With his career back in full swing, Dior is just the beginning of Johnny Depp’s Hollywood comeback. While a new installment in the Pirates of the Caribbean franchise may not be in the works, it’s only a matter of time until we see the actor breaking back on to big screens everywhere. 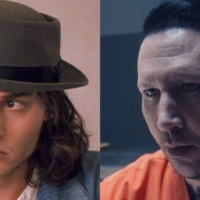 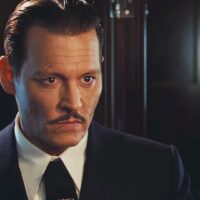