Following his court victory over ex-wife Amber Heard, Johnny Depp made his first public appearance, playing a gig in the United Kingdom. The actor and musician joined Jeff Beck on stage for eight songs during one of his concerts in Gateshead, to the delight of hundreds of fans. The pair were previously spotted celebrating the legal win at a pub with fellow musician Sam Fender. While there was no mention of his ex-wife during the show, at one point Beck was heard exclaiming, “What a result.” The revered musician then revealed his friend’s next career move.

According to the former Yardbirds star, the pair will release an album together next month. Johnny Depp previously collaborated with Beck on a cover of John Lennon’s song Isolation. Speaking to the crowd, the British guitarist said he met the Pirates of the Caribbean star five years ago and they never stopped laughing since. “We actually made an album. I don’t know how it happened. It will be out in July,” he said via Deadline.

Johnny Depp was absent from the Virginia court when the jury decided Heard’s abuse claims were defamatory and false. However, he released a statement after the verdict saying he was looking forward to a new chapter. If the concert is anything to go by, that started during the concert. Depp performed covers of Marvin Gaye’s “What’s Going On,” The Everly Brothers’ “Let It Be Me,” Jimi Hendrix’s “Little Wing,” and Killing Joke’s “The Death” and “Resurrection Show,” BBC News reports.

After the concert, fans were largely on Johnny Depp’s side and expressed their excitement for him when speaking to the media. “I think he was having fun,” James Pallister said. He added that the actor looked really happy and seemed to be in a great place. Another said that he’s playing music, doing something really fun, and thinks that that came across to the people in attendance. “The crowd was behind him and I think he gave people what they wanted to see.”

Johnny Depp’s love of music is no secret. During the trial, the Pirates of the Caribbean star said that music was his first love, above acting. Since his musical skills are not common knowledge, some concertgoers were pleasantly surprised by his singing and guitar playing, even if Jeff Beck was a lot better. Regarded as one of the greatest guitarists ever, Beck has invited Depp to join him on all his remaining concert dates.

Meanwhile, Amber Heard is planning to appeal the verdict which said her op-ed for The Washington Post defamed her former husband and contained statements of actual malice. According to her lawyer, Elaine Charlson Bredehoft, Johnny Depp’s legal team worked to demonize the Aquaman star and used his power to suppress important evidence that would have helped Heard’s case. Bredehoft also said a lot of sensitive information was allowed in court that should’ve never seen the light of day, and it caused the jury to be confused. The actress has been ordered to pay her ex-husband $10 million in compensatory damages and $5 million in punitive damages. 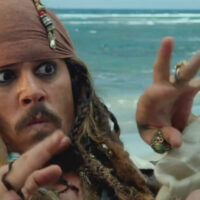 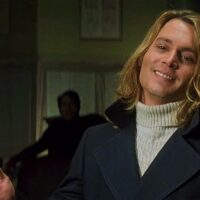