Johnny Depp will make a guest appearance at Rihanna’s fourth Savage X Fenty fashion presentation. The event, which showcases models like Cara Delevingne and Irina Shayk walking the runway wearing the singer’s latest lingerie collections, will air on Amazon Prime Video and stream in 240 countries on November 9th. The show will also feature musical performances from Anitta and Burna Boy.

Production sources told TMZ that the Pirates of The Caribbean star will not walk the runway, but will be dressed in items from the men’s collection. Instead, he will be the first man to front one of the show’s “star moments” which has previously featured Cindy Crawford and Erykah Badu. According to the publication, Johnny Depp has already filmed his portion of Rihanna’s show and the pair are very excited about the collaboration.

News of Johnny Depp’s involvement has alarmed some Rihanna fans due to the actor’s high-profile legal battle with ex-wife Amber Heard. The case involved a 2018 op-ed the actress had written for The Washington Post which implied that he had abused her when they were married. A jury eventually ruled that Heard had defamed her ex-husband, and ordered the Aquaman star to pay $10 million in compensatory damages and $5 million in punitive damages.

But they also awarded Amber Heard $2 million in a simultaneous countersuit ruling that, in characterizing her abuse allegations as a “hoax”, Depp’s attorneys had defamed her. The DC alum is set to appeal the verdict, with lawyers arguing that the two rulings handed down by the jury were contradictory. As such, fans are uneasy with Johnny Depp’s involvement in Rihanna’s fashion show and shared their thoughts on social media.

“Rihanna can’t be serious? With all these beautiful and unproblematic men in Hollywood, Johnny Depp appeals to her most?” one person wrote via Yahoo News. Another said that by adding Johnny Depp to the mix, Rihanna has shown everyone just how out of touch she actually is. Meanwhile, this year’s Savage X Fenty show will feature the latest styles from the singer and raise the bar with a new all-star lineup of models, actors, and some of the biggest names in music.

The press release (via The Daily Mail) describes the event as a seductive fashion fever dream. It is said to blend Emmy award-winning choreography, style, and music with the hypnotic essence of nocturnal nature. Featuring a star-studded cast all wearing the newest Savage X Fenty fashion, the show is an un-missable visual feast. However, there was no mention of Johnny Depp’s collaboration with Rihanna.

Meanwhile, Johnny Depp has been keeping busy in the weeks before joining Rihanna’s fashion show. Earlier this year, he accompanied musician Jeff Beck on tour and made a surprise return to his hometown of Owensboro in Kentucky in recent days. The Hollywood star reportedly asked residents to keep his visit a secret until after he had left the town, according to Fox19Now. Rumors suggest that he could also make a return to the Pirates of The Caribbean franchise after being dropped during his legal troubles. 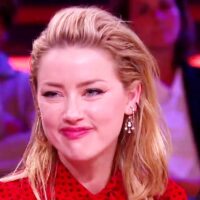