Is Johnny Depp being boycotted by Hollywood? He sure seems to think so and maybe there is some evidence to support it. Whether it is warranted might be up for debate though. In an interview with the Sunday Times (via Deadline), the (former?) actor lamented about the treatment of a movie that is currently languishing in a Hollywood dead zone and might not see the light of day as well as the industry’s treatment of him as a whole.

In the interview, which originally centered around his currently stalled movie Minamata, Johnny Depp was clearly frustrated with the fact that this film had not yet been released. He spoke about the possible unfairness of that situation especially considering the subject of the film. In clear frustration, Depp let on that while he and the rest of the production had held up their end of the productions and film creation bargain, the studio wasn’t honoring theirs. Here is part of Johnny Depp he had to say about this film and his treatment in general:

We looked these people in the eyeballs and promised we would not be exploitative, that the film would be respectful. I believe that we’ve kept our end of the bargain, but those who came in later should also maintain theirs. Some films touch people, And this affects those in Minamata and people who experience similar things. And for anything… For Hollywood’s boycott of me? One man, one actor in an unpleasant and messy situation, over the last number of years? But, you know, I’m moving towards where I need to go to make all that… To bring things to light.

There is a lot going on with this Johnny Depp assertion. For starters, when he is referring to the respectful and touching aspect of Minamata, he is discussing the topic and focus of the film. It is the film adaptation of the book of the same name about photojournalist Eugene Smith’s time spent in the city of Minamata, Japan documenting the effects of mercury poisoning there. Directed by Andrew Levitas, the film follows Johnny Depp as Smith as he comes out of relative seclusion to take the assignment of these stories that are eventually published in Life magazine.

But Andrew Levitas has claimed that the studio, MGM, has buried the film and that there were no plans to have it see the light of day. He claims that this wasn’t because of the quality of the film but rather because the higher-ups don’t want to deal with the possible publicity fallout of marketing and releasing a movie with Johnny Depp in the lead. Levitas claims and is now backed up by Depp in this interview, that this does a disservice to the theme of the film and the promises made to those involved with the Minamata issues. They likely have a point here.

Minamata was cast and filmed back in 2019 before Johnny Depp became something of persona non grata in Hollywood circles. That is because in the summer of 2020 he was having major PR issues ramping up stemming from his much-publicized divorce from Amber Heard. That basically culminated in the court case involved with the British tabloid The Sun. The latter claimed that Depp was a “wife-beater”. He sued for libel and The Sun had to make their case in open court. According to the court, they did just that and the fallout for Johnny Depp was swift and brutal.

Johnny Depp was quickly removed from his cameo Pirates of the Caribbean as well as the Fantastic Beasts and Where to Find Them franchise. Since then he hasn’t been cast in any meaningful roles and from a boycott standpoint, this is what Depp is referring to as well. It can feel like a boycott if everyone is in basic agreement that Depp isn’t going to get any work. Time will tell if this ever changes, but in the short-term it doesn’t look like we will see Depp on screen anytime soon. 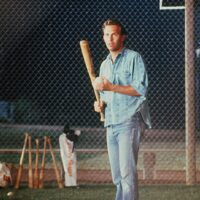 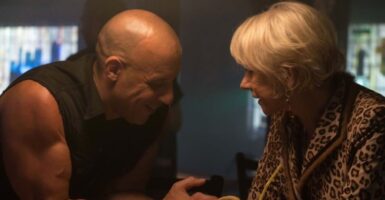