This week has been a trying one for celebrities for a lot of reasons, but it’s probably been more challenging for Bruce Willis than most. Yesterday the actor’s family released a statement confirming that he’ll be retiring from acting, due largely to a diagnosis of aphasia — a condition which is reportedly having a detrimental impact on his cognitive abilities. Ever since the announcement different celebrities have pledged their love and support to Willis, and none more touching than the one John Travolta posted earlier today.

Travolta posted his tribute to Willis on his official Instagram account. The post includes a photo of John Travolta and Bruce Willis, and one with them and Willis’ ex-wife Demi Moore, and Travolta’s late wife Kelly Preston. You can see the post below.

Travolta wrote in the caption, “Bruce and I became good friends when we shared 2 of our biggest hits together, Pulp Fiction and Look Who’s Talking. Years later he said to me, ‘John, I just want you to know that when something good happens to you I feel like it’s happening to me.’ That’s how generous a soul he is. I love you Bruce.”

As John Travolta recalls fondly, he and Bruce Willis were co-stars for 1989’s Look Who’s Talking and the 1990 follow-up Look Who’s Talking Too, though technically Willis didn’t physically appear in either film. The romantic comedies featured Travolta as James, husband to Kirstie Alley’s Mollie. Willis provided the voice of Mikey, their infant son whose voice we can hear but can’t be heard by any of the films’ grownups.

They reunited in 1994 for the Oscar-winning Pulp Fiction. John Travolta played Vincent Vega, one of the button men for crime boss Marsellus Wallace (Ving Rhames). Willis plays Butch, a boxer who rips off Wallace and has a brief but final confrontation with Vega. It’s somewhat ironic knowing the pair became good friends, considering of the two scenes they share in Pulp Fiction, in one Travolta’s character expresses a good deal of contempt for Butch without ever explaining why.

John Travolta still has one more movie on the way with Bruce Willis. Last May Deadline announced the two friends would star in a movie together for the first time since Pulp Fiction in the action flick Paradise City. Willis plays the vengeful bounty hunter Ryan Swan who is making his way through Hawaii’s underworld in a quest to kill a crime kingpin played by Travolta. Currently listed as being in the post-production phase on IMDb, Paradise City doesn’t have an official release date yet. Travolta and Willis will be joined by Praya Lundberg (Realms), Stephen Dorff (Blade), and Blake Jenner (Glee). The film is directed by Chuck Russell (The Mask), and written by Edward Drake (Gasoline Alley) and Corey Large (American Siege).

John Travolta wasn’t the only celebrity to send love and support to Bruce Willis in the wake of the announcement. As reported by Deadline, similar online messages came from James Woods, Kevin Smith, and Matthew Marsden. 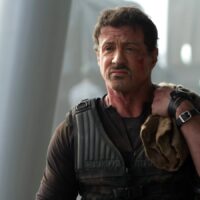 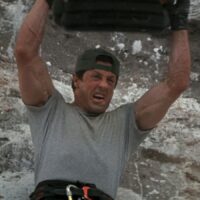 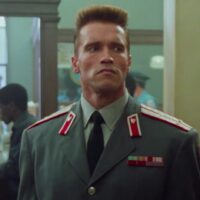