Throughout the 90s, Joey Lauren Adams was everywhere. With her distinct voice and intimidating attitude, she became a standout in many iconic films and television shows of the era. But in recent years, Adams has not been as omnipresent as she once was.

Let’s take a look at what Joey Lauren Adams has been up to and why you may not have seen her lately.

In 1993, Joey Lauren Adams would appear in multiple films, the Saturday Night Live spinoff, Coneheads, football drama The Program and her first starring role in The Pros & Cons of Breathing.

Probably her biggest appearance at that time was in Richard Linklater’s coming-of-age ensemble, Dazed and Confused. While her role of Simone Kerr, harasser of the incoming freshmen girls, is relatively small, Joey Lauren Adams performance makes Kerr memorable. In a film that boasted such up-and-coming stars as Matthew McConaughey, Ben Affleck, Milla Jovovich, Parker Posey and Adam Goldberg, Adams was still able to stand out.

In 1994, Joey Lauren Adams would appear in two films: Sleep with Me and S.F.W., but her biggest breakout might have been in 1995 with her small role in Kevin Smith’s Mallrats. Adams’ role as Gwen Turner threw her into Smith’s already-expanding universe of interconnected films known as the View Askewniverse.

Smith and Joey Lauren Adams would begin dating after Mallrats finished shooting, and despite the two not dating long, this relationship became the basis for Smith’s third film, Chasing Amy, and arguably her most iconic role, as Alyssa Jones.

Smith noted of Joey Lauren Adams’ influence on his film in his essay for the Criterion Collection release of the film: “It’s no secret that the origins of Amy resided in my then-relationship with the woman who’d brought the uncompromising, distaff main character of Alyssa Jones so vividly to life – Joey Lauren Adams. Granted, Joey wasn’t gay and I’ve never fallen in love with a lesbian (well, not that I know of anyway). But the movie did grow out of my initial reaction to Joey’s past.”

Smith continued, “I decided to exorcise my demons on screen. Chasing Amy was conceived as a sort of penance/valentine for the woman who made me grow up, more or less – a thank-you homage that marked a major milestone in my life, both personally and professionally.”

The film was a major milestone for Adams’ as well, earning her rave reviews and a role that Joey Lauren Adams would return to multiple times in Smith’s filmography. The role of Alyssa Jones earned Adams a Chicago Film Critics Association Award for Most Promising Actress, and earned her a Golden Globe Award nomination for Best Actress – Motion Picture Musical or Comedy. Plus no 90s film icon can be complete without MTV Movie Awards, where Lauren Adams was nominated for Best Kiss and Best Breakthrough Performance.

Outside of her work with Smith, Joey Lauren Adams had a packed second-half of the Nineties. In between Mallrats and Chasing Amy, she would appear in the Pauly Shore comedy, Bio-Dome, Nora Ephron’s Michael, which starred John Travolta, and Drawing Flies, released by Smith’s View Askew Productions.

After 1998’s A Cool, Dry Place, Joey Lauren Adams starred in the most successful film of her career: 1999’s Big Daddy, which cast her alongside Adam Sandler as his lawyer and love interest, Layla Maloney. The performance would earn Adams a Blockbuster Entertainment Award nomination for Favorite Supporting Actress – Comedy.

After Big Daddy, her career was consistent, but in relatively smaller roles. After performances in films like 2000’s Beautiful and 2001’s Harvard Man, Joey Lauren Adams would return to the role of Alyssa Jones in a cameo for 2001’s Jay and Silent Bob Strike Back. Adams’ most successful film in the 2000s would be Peyton Reed’s The Break-Up in 2006, in which she played Jennifer Aniston’s sister, Addie Jones.

At the end of the decade, Joey Lauren Adams made appearances in a pair of cult classic television series. In 2005, Adams stopped by Veronica Mars, and she showed up in multiple episodes of Party Down.

Joey Lauren Adams Behind the Camera

In 2006, Joey Lauren Adams would make her directorial debut with Come Early Morning. The film, which was also written by her, was shot in her hometown of North Little Rock and starred Ashley Judd, Jeffrey Donovan, Ray McKinnon, Diane Ladd, Tim Blake Nelson and Laura Prepon. While the film only received a small theatrical release, it was selected for the Sundance Film Festival in 2006, and earned Adams the Women in Film Dorothy Arzner Directors Award.

While Joey Lauren Adams has yet to direct a follow-up film to Come Early Morning, she has occasionally returned behind the camera. In 2009, she directed the music video for Dashboard Confessional’s “Belle of the Boulevard,” and she also directed two episodes of her CMT series, Still the King.

The End Of Her Career?

Joey Lauren Adams’ film credits slowed slightly in the last decade, with some of her most notable roles in 2013’s Blue Caprice, about the D.C. Sniper, and the 2014 horror film, Animal.

But she has also had a successful 2010s on television. Joey Lauren Adams had a six-episode arc on the Toni Collette-starring series United States of Tara in 2010, appeared on both Switched at Birth and Grey’s Anatomy, and also starred in Still the King for two seasons.

Now 52-years-old, Joey Lauren Adams is married to Brian Villim. The couple wed in 2014. Her work in the entertainment industry has slowed almost in concert with her marriage. Since that time she hasn’t worked very often.

In 2019 she did once again reprising her role as Alyssa Jones in Jay and Silent Bob Reboot, but that’s really it in movies since 2014 and she’s only had a couple of television appearances. She hasn’t come right out and said it, but Joey Lauren Adams seems to have all but retired to wedded bliss.

That said, in the near future she will be in Tankhouse, which is currently in post-production and also stars Tara Holt, Richard King and Christopher Lloyd. Tankhouse is about two New Yorkers who move to Fargo, North Dakota, in order to start a theater revolution.

But if Adams recent appearance in Jay and Silent Bob Reboot shows anything, it’s that she’s still a wonderful presence to see return to the screen. Hopefully, we will see more from Joey Lauren Adams in the future, whether it’s in front of the camera, or behind it. 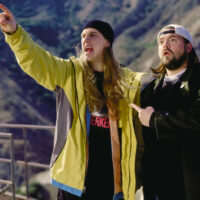 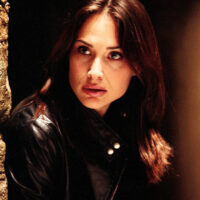 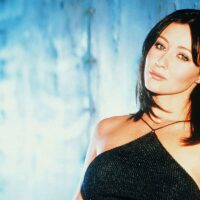