A few weeks ago, Joe Rogan wanted to make sure we know that he is a “moron” and added, “I am not a respected source of information.” These sound like great reasons to not listen to him, but despite his well-thought-out argument, Rogan is paid millions to talk to a sizable audience. However, he now fears being silenced. Not only him, but all white men. The UFC color commentator, podcast host, and comedian has clearly learned how to raise the alarms and get Twitter talking, because boy oh boy, do they have a lot to say on social media about Rogan today.

Before we dive into some of the widely shared opinions on social media (some of them even written by self-identified white men) let’s get into what Joe Rogan had to say this time. His comments can be boiled down to a one-minute clip. While the full podcast will of course provide greater context, it’s this clip that has the internet talking. Here, Rogan shared how he feels that woke culture is a mob out to get him.

Joe Rogan isn’t the only one who feels this way. His audience is large and he knows how to speak to them. He also knows what to say to get others riled up and paying attention to him. The more who know his name, the better. Right?

Well, lots of people are using Joe Rogan’s name today, as that got him trending on social media. Here’s a sampling of what’s happening.

Is Joe Rogan trying to get ratings, or is he genuinely afraid? He is definitely touching on a fear that many like him have. If he wasn’t a voice for so many, they wouldn’t be so ready to follow his every word, right?

In the case of Joe Rogan himself, recent events may have played into him feeling silenced. Yes, he gets paid millions to speak to an audience of millions. However, just a few weeks ago he caused an uproar when he suggested that young, healthy people didn’t really need to worry about getting vaccinated for COVID-19. This statement got a world of attention. From “woke mobs”, if Rogan is to be believed, as well as from Dr. Fauci himself, who pointed out that in the name of not spreading a deadly illness to others, getting vaccinated was a pretty cool idea.

Joe Rogan getting this level of loud and global feedback from respected individuals (namely another straight white man, this time with “M.D.” in his title), was probably difficult to deal with. It’s Rogan’s job to say controversial things and have people provide feedback, but it must be overwhelming and sometimes frightening to have so many people disagree with your uneducated medical advice. Perhaps sometimes it makes him feel silenced when people say, “You should be held accountable for the things you say.”

Of course, the way he presents this very much makes it sound like he feels people who aren’t straight white men should be quiet, right? To protect the voices of straight white men everywhere, we need to make sure that woke mobs aren’t disagreeing with Rogan. At all costs, the world should protect Joe Rogan from internet commenters who are saying negative things in response to his controversial statements, or else, he may be at risk of being silenced. 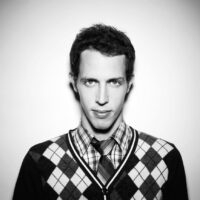 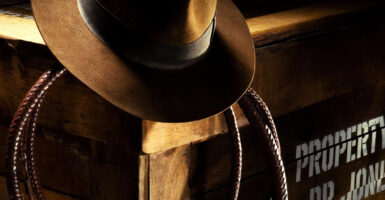