Joe Rogan recently offered to host a presidential debate on his podcast, The Joe Rogan Experience, while discussing the upcoming debates that will take place between Donald Trump and Democratic presidential candidate Joe Biden. Trump responded on Twitter with an apparent desire to engage in this potential meeting.

When talking about his idea for a debate, mega-successful podcast host Joe Rogan said he would host the showdown on his Spotify exclusive show if a few specific criteria were enacted. Rogan says that he would want the debate to only feature himself and the two candidates. No other people would be allowed in the room during the debate.

The former Fear Factor host also said he would want the entire debate streamed live. According to Joe Rogan, this would be in order to illustrate that the debate is not being edited or manipulated in any way. Rogan also sounds like he would want this debate to be something of an endurance contest. He mentioned wanting to have the candidates in the debate room for “hours.”

Even though Trump responded in the affirmative, Joe Rogan believes that Joe Biden would be the one that could not handle such a unique contest. The Zookeeper actor commented, “I think Biden is like, I think he’s, I mean people get mad at me for saying this, I think there’s something wrong and I don’t think there’s something wrong, because I’m guessing, or because I’m pro-Trump. I’ve seen him fall apart,” said Rogan.

If this debate between the candidates took place with Joe Rogan as host, that would add an additional debate to the already scheduled three presidential debates for the 2020 election season. The first debate is scheduled for September 29 and will be moderated by Fox News anchor Chris Wallace.

Joe Rogan has a storied experience as a color commentator for UFC content. It’s assumed that the former host of The Man Show would bring this particular skill set to a debate between Donald Trump and Joe Biden. Exactly what line of questioning Rogan would want to bring to the table is unclear at this time.

According to retired MMA fighter Tim Kennedy, Joe Rogan’s vision for this unconventional debate would be ” four hours with no live audience. Just the two candidates, cameras, and their vision of how to move this country forward.” When this debate would take place in Rogan’s Austin, Texas studio was not made clear when Rogen posited this scenario.

The presidential election season is about to get underway and it will likely be one of the most contentious and absurd elections in modern memory. A presidential debate taking place on a show hosted by Joe Rogan would not be out of character for 2020. While Trump has responded with a desire to pursue this stunt, no response has come from Joe Biden’s camp. As of this writing, it is expected that Biden will decline the offer and stick to the planned three presidential debates with moderators from legitimate news networks like C-SPAN and NBC News. 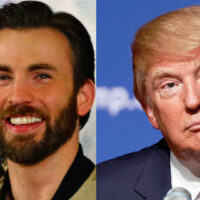 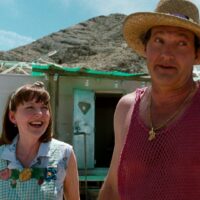 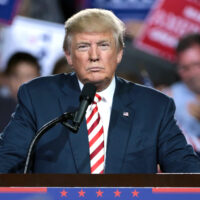