Another Iconic Singer Wants Off Spotify Because Of Joe Rogan

There’s a music industry uprising (of sorts) happening right now on the streaming platform Spotify. The company is the exclusive home to the popular podcast The Joe Rogan Experience which has drawn heat from many because of the (somewhat) controversial opinions espoused during recent episodes. In the wake of this, Neil Young had demanded that either Rogan be removed from the platform, or Young wanted his music gone. Spotify had the swift reply to honor Young’s request and the latter’s music was taken down. Well, now another artist wants the same treatment. Joni Mitchell has requested that her library be removed from the platform as well.

As of this writing, it wasn’t clear if Spotify would follow through with this request from Joni Mitchell the same way they did for Neil Young. Mitchell had stated publicly on her personal website (via Deadline) that she was standing “in solidarity” with Neil Young and that she wanted her music removed from Spotify because, “Irresponsible people are spreading lies that are costing people their lives.” If Spotify were to follow through with the request, there could be something of a domino effect happening on the platform sooner than later. It’s unclear if other artists, not from the 60s, would be interested in putting a dent in theirs or their record company’s revenue streams. But there is clearly a certain contingent of folks upset with Spotify for standing with Joe Rogan and his current platform.

It’s easy to see why Spotify would choose this path though. They signed a massive licensing deal with Joe Rogan for his podcast back in 2020. Since then, The Joe Rogan Experience is only available on that platform. Though the specifics of the deal weren’t reported publicly, it’s thought that the deal exceeded $100 million dollars for the term. This kind of deal would indeed supersede artists like Joni Mitchell and Neil Young wanting to distance themselves from Spotify, or at least would make the decision easier on who to choose.

The issue at hand for Spotify is the spotlight on Joe Rogan right now in terms of his views in and around the current pandemic. Some claim that he is spreading misinformation when it comes to the Covid-19 vaccine. Because Rogan has had on a variety of guests, some that vehemently disagree with current medical practices and mandates, he’s been placed in a box of folks delivering untruths. It’s landed him in the crosshairs of a certain demographic, especially after he revealed last fall that he had contracted the virus. At the time, as he detailed different treatments he was working with, he continued to draw fire for not having received the vaccine.

It will be interesting to see where things go from here. Dollars tend to tell the whole story and though Spotify has a massive deal with Joe Rogan, in the wake of the Neil Young and Joni Mitchell news the company’s stock tumbled 12% over the course of the week. Some of that could be a short-term correction based solely on a negative press run. But it could also mean bigger problems for Spotify if other artists follow suit. 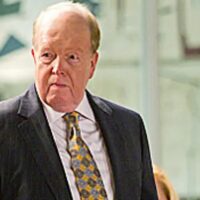