All of the U.S. seems traumatized in the wake of the Uvalde, Texas shooting and rightly so. The senseless murders of — at the latest count — 19 children and 2 adults should be traumatizing. Politicians, celebrities, and just about every person with an active Twitter account has offered up their own take on the situation and very few are as heartfelt or powerful as the one delivered Wednesday night by Jimmy Kimmel.

In the opening moments of Jimmy Kimmel Live, the host spoke without an audience present, and not 20 seconds had passed before it was clear Kimmel was having trouble getting his words out. “Here we are again,” Kimmel said, “on another day of mourning in this country. Once again, we grieve–” and with “grieve” the host had to pause to fight back tears. His emotional monologue lasts a little over six minutes, and ends with a series of news clips taking aim at some of the biggest political opponents of gun control including Texas Governor Greg Abbott and Senator Ted Cruz. You can watch the entire video below.

In his monologue, Jimmy Kimmel takes aim at those who — just as they do after every mass shooting — claim we shouldn’t “politicize” the tragedies. “Because they don’t want to speak about it. Because they know what they’ve done and they know what they haven’t done, and they know that it’s indefensible. So they’d rather sweep this under the rug.” Most Americans, Kimmel said, support certain basic gun control concepts such as mandatory background checks, which he called, “the very least we can do.” He pointed to a bi-partisan bill that the Senate reportedly refuses to vote on, and called the legislators “cowardly,” saying they care more about the money offered them by the NRA and other groups than the will of Americans.

“You can tell things are out of whack,” Jimmy Kimmel said, ” when the coach of the Golden State Warriors shows more leadership and passion than almost every Republican in Congress.” The host was referring to Coach Steve Kerr who, the day before, spoke passionately and thunderously at a press conference about the need for action to be taken about the seemingly never ending series of mass shootings. Like Kimmel, Kerr spoke of the legislation senators refuse to vote on requiring background checks. This likely hits a particularly tender chord for Kerr whose own father was assassinated by unidentified gunmen in 1984. You can watch his words at the press conference below.

Jimmy Kimmel ended his monologue by calling for action and by urging likeminded people to not act as usual in response to these tragedies. “This is now our fault because we get angry, we demand action, we don’t get it, they wait it out, we go back to the lives that we should rightfully be able to go back to,” Kimmel said. “But you know who doesn’t forget it? The parents of the children at Sandy Hook and Marjorie Stoneman Douglas High School and now Robb Elementary School. They won’t forget it.” He urged his viewers to make sure none of the politicians responsible for holding up common sense gun laws “ever holds office again.”

There were some people who didn’t get to watch the entire Jimmy Kimmel monologue; at least not at first. The Dallas, Texas ABC affiliate WFAA cut the monologue short. It was interrupted by a string of commercials before cutting back to Kimmel. The affiliate claimed this was a technical error and not intentional. 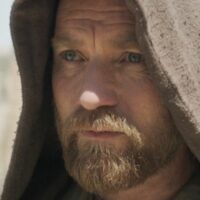 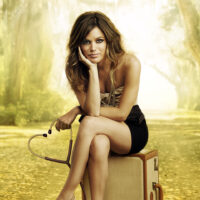 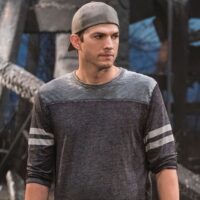