Jessica Chastain and Eddie Redmayne were all smiles when they were in London for a special screening of their upcoming film The Good Nurse. To celebrate the trip, Chastain posted the above Instagram post of the two co-stars sharing a laugh at the film’s premiere at the Toronto International Film Festival back in September. Chastain looks stunning as usual with a pink dress and heel combination and Redmayne looks extra cozy in his blue sweater.

Jessica Chastain and Eddie Redmayne star in The Good Nurse together, which follows Nurse Amy Loughren (Chastain) as she meets and befriends Charlie Cullen, a fellow nurse at the hospital. What she doesn’t know is that Cullen is the serial killer who would become known as the “Angel of Death” in the news. Along with Chastain and Redmayne, The Good Nurse stars Kim Dickens, Noah Emmerich, Malik Yoba, Brooke Stacey Mills, Nnamdi Asomugha, Ajay Naidu, and more.

The Good Nurse was directed by Tobias Lindholm and based on the book by Charles Graeber. Krysty Wilson-Cairns adapted the screenplay. The film will be hitting select theaters on October 19 and will be available to stream on Netflix the following week.

Jessica Chastain also recently took to Twitter to share a long-awaited update on her Paramount+ series George & Tammy which follows the relationship between country music superstars George Jones and Tammy Wynette. Chastain is also producing the series which co-stars Michael Shannon as George Jones. The series is expected to be available to stream before the year is over.

Jessica Chastain also has a big blockbuster on her list of upcoming projects, with the adaptation of the Ubisoft game The Division. The Division follows a group of civilians trained to operate in times of disaster as they try to evacuate New York City after its devasted by a deadly pandemic. The film is set to be directed by Rawson Marshall Thurber and will co-star Jake Gyllenhaal.

Although we don’t have release dates for George & Tammy or The Division yet, we will get to see Jessica Chastain again shortly after The Good Nurse with her small role in Armageddon Time. Armageddon Time is a coming-of-age story about the pursuit of the American Dream that is written and directed by James Gray. The film stars Anne Hathaway, Jeremy Strong, Banks Repeta, Jaylin Webb, and Anthony Hopkins.

You’ll get to see Jessica Chastain and Anne Hathaway in Armageddon Time when it is released on November 4, but it won’t be the last we see of this duo in the near future. The two will be co-starring in the lead roles in the film Mothers’ Instinct. Mothers’ Instinct follows Alice and Celine, whose sisterly bond begins to unravel after their perfect lives are shattered following a tragic accident.

Mothers’ Instinct is directed by Benoit Delhomme and is adapted from the novel by Barbara Abel. Sarah Conradt adapts the screenplay. There is no release date yet but we’ll keep you updated on this and all of Jessica Chastain’s other notable upcoming projects. 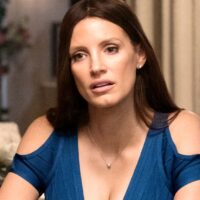 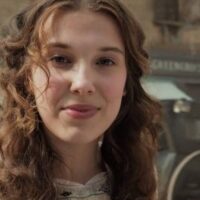 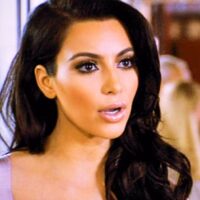 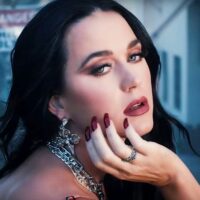