Jeremy Renner's snowplow accident occurred while trying to save his nephew.

By Douglas Helm | Published 3 hours ago

More details have come out about Jeremy Renners’ recent accident, and it turns out the actor was trying to save his nephew when he was injured. According to the reports CNN received from a public records request, Renner noticed the snowplow was sliding toward his nephew after pulling his nephew’s truck out of the snow. When Renner attempted to get in the cab to stop or divert the plow, he was pulled under by the tracks.

It’s no surprise that Jeremy Renner, who is well-known for playing an Avenger, would turn out to be a hero in real life. The actor is currently recovering from his injuries, which include over 30 broken bones. Following the accident, Renner was airlifted to the hospital where he received intensive treatment and underwent two surgeries.

In addition to wishing Jeremy Renner well for his recovery, you can also check him out in his most recent project on Paramount+. Renner reprised his role in Mayor of Kingstown, which aired its second season premiere last week. The second episode of the season is also available to stream, and the third episode will be hitting the streamer on January 29.

Mayor of Kingstown stars Jeremy Renner as Mike McLusky, who is the mayor of a town whose primary economy is the local prison. The series comes from the minds of Hugh Dillon and Yellowstone creator Taylor Sheridan. Along with Renner, the series stars Dianne Wiest, Tobi Bamtefa, Hugh Dillon, Taylor Handley, Emma Laird, Derek Webster, Aidan Gillen, Hamish Allan-Headley, and Pha’rez Lass.

The last time we saw Jeremy Renner in a TV series was in the Disney+ show Hawkeye which came out in 2021. There are plenty of fans hoping for a Hawkeye season 2, as there are plenty more adventures for Clint Barton and Kate Bishop to have. Hopefully, Renner’s recovery is swift for his own health, and so he can jump back into his superhero suit for any upcoming projects Marvel might have in store.

While Hawkeye season 2 isn’t necessarily a guarantee, it seems almost inevitable that Marvel would bring Jeremy Renner back for more projects in the near future. If another season of Hawkeye isn’t in the cards, we should at least expect to see him make an appearance in one of the upcoming Avengers movies. As one of the only remaining original Avengers, Renner would be a great presence in Avengers: The Kang Dynasty and Avengers: Secret Wars to help usher in the new generation. 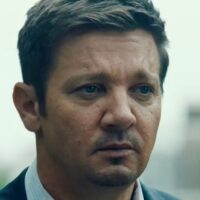 What Happened To Jeremy Renner In His Snowplowing Accident: First Details Emerge 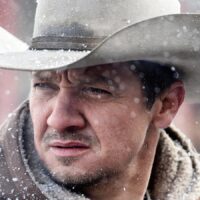