Actress Jane Seymour has been a sex symbol for decades now, and she shows no sign of stopping. She recently shared a post on her Instagram feed of her modeling a hot pink one-piece swimsuit with a plunging neckline. Her Instagram feed is normally pretty full of the former Bond girl in various glamorous shots, but this one is pretty captivating. It is also amazing when you realize that Seymour is 70 years old and has been turning heads since her first film appearances in the early 1970s. Check out the post here:

She also showed off the same swimsuit and a blinding smile under a pair of sunglasses here:

In a recent interview with People magazine, Jane Seymour seems more than at peace with the prospect of aging. While show business is a notoriously fickle and unforgiving industry, Seymour has been a visible star in film, television, and theater for decades, so perhaps there’s that. She goes on to describe herself as having a glass-half-full mentality and that youth is as much part of a mental attitude as anything. Based on those glamor shots, she seems to have something correct.

That, and she gives a lot of credence to the healing and restorative power of SPF and retinol (which is a fancy name for Vitamin A). Jane Seymour also expressed appreciation that at this point in her career, she has the opportunity to play older than her current age and also gets cast as younger. She’s got it all, apparently!

Jane Seymour was born in the United Kingdom and first appeared in film (uncredited) in 1969. After a few smaller roles, she broke through to popular audiences with the 1973 James Bond film Live and Let Die. Alongside Roger Moore as 007 and Yaphet Kotto as Dr. Kananga, she played Solitaire, a psychic medium in the voodoo-inflected entry in the long-running spy series. For the next decade, she alternated between film, television, and theater. She appeared on the original Battlestar Galactica series, did a dog-oriented supernatural comedy with Chevy chase (it was the ‘70s, okay?), and starred alongside Ian McKellan and Tim Curry in an acclaimed Broadway run of Peter Shaffer’s play Amadeus.

It was in the 1990s that Jane Seymour found her most lasting role. She was cast as the titular Dr. Quinn, Medicine Woman, and continued to play the Western doctor part between 1993 and 2001. After the original CBS series ended, a number of TV movies followed. She eventually won a Golden Globe for the part.

Since then, Jane Seymour has continued to stay busy. She has appeared in multiple Hallmark movies and co-starred with Robert De Niro in the popular The War with Grandpa. She also appeared in the blockbuster comedy Wedding Crasher, which has had persistent rumors of a sequel for years now. In 2018, Seymour also became the oldest woman to appear in a Playboy spread, which considering those swimsuit pics, is no wonder. If nothing else, this is a good reminder to maybe give Jane Seymour a follow. 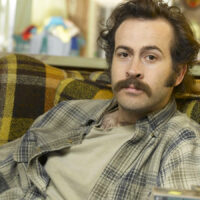 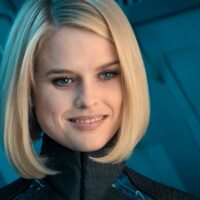