As Johnny Depp continues to maintain his innocence in his contentious legal battle with his ex-wife, James Franco has found himself in the crosshairs of the Pirates of The Caribbean star’s lawyers. The actor has been subpoenaed to testify in Depp’s defamation latest lawsuit against Amber Heard. The case stems from domestic abuse allegations that the actress previously made.

According to Page Six, James Franco will be deposed early next year. The Disaster Artist star was served after surveillance video from May 2016 showed him getting into an elevator with Heard 24 hours after Johnny Depp gave her a black eye. Franco will be asked if he saw the bruises on Heard’s face. The actor will also be asked if he had any knowledge of the alleged abuse.

In addition to the deposition, Franco will be quizzed over whether he had an affair with Amber Heard while she was still married to the Fantastic Beasts star. While Johnny Depp’s attorneys state this as fact, the actress’s legal team denies any claims of an affair, saying Franco simply lived in the building around the time of the incident and that they just took the elevator together.

After losing his libel case with The Sun in which a U.K court said the tabloid was justified in using the phrase “wife-beater” in a 2018 article about his relationship with Heard, Johnny Depp filed a new lawsuit against his ex-wife. This time he’s suing her for $50 million as part of a defamation suit over a 2018 Washington Post op-ed she wrote.

In the piece, Heard described how she was a victim of domestic violence. She also talked about becoming a public figure representing domestic abuse, and how she felt the full force of our culture’s wrath for women who speak out. While he’s not named in the article, Johnny Depp says Heard implied that he was her abuser, an accusation that’s damaged his reputation.

Johnny Depp has denied all abuse allegations since Heard filed a restraining order against him in 2016. He also accused his ex-wife of faking the bruises and vowed to deny the abuse claims for the rest of his life. Depp remains defiant even after a horrifically vile text exchange between himself and Paul Bettany was made public. During their conversation, the pair discusses burning and drowning Heard to see if she’s a witch.

Johnny Depp said he filed the lawsuit not only to clear his name and restore his reputation but to attempt to bring clarity to the women and men whose lives have been harmed by abuse and who have been repeatedly lied to by Amber Heard purporting to be their spokesperson. The trial date is set for April 11, 2022, in Fairfax County, Virginia, and is expected to last 12 days.

Meanwhile, Johnny Depp’s latest offering, Minamata has finally made its way to American audiences. The film was directed by Andrew Levitas from a screenplay by David Kessler. It is based on the book of the same name by Aileen Mioko Smith and Eugene Smith. After the first screening took place on December 15th, the platformed launch will extend across the U.S and Canada into 2022. 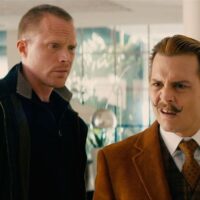 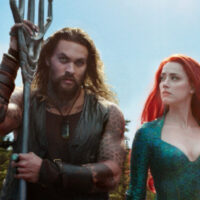