Jada Pinkett Smith Has Finally Addressed The Will Smith Slap

Back on March 27th, the world of Hollywood got a bit upended when, at the 94th Academy Awards, Will Smith walked on stage during the ceremony and promptly slapped Chris Rock across the face. The act itself was one of the most shocking (probably *the* most shocking) moments in the history of the awards show and has created a massive ripple effect throughout the industry in the last couple of months. For the first time since it happened, Jada Pinkett Smith has come out publicly to address the situation, and she also commented on what the future might hold for her husband following the events of that night.

Talking on her Red Table Talk show this week (via Variety), Jada Pinkett Smith addressed (at least to some degree) what happened that evening and what she hopes will happen going forward. The episode, on a high level, was meant to focus on alopecia, from which Pinkett Smith suffers. This plays a part in what happened with Will Smith and Chris Rock because the latter had made a joke at Pinkett Smith’s expense, referencing the actress’s bald head in a reference to the movie G.I. Jane. This joke prompted Will Smith to walk on stage and strike Chris Rock in retaliation.

On the Red Table Talk show, Jada Pinkett Smith first talked about alopecia and had stories from those who also have been diagnosed with the condition. And then when it came to “the slap”, Pinkett Smith talked more about what she hoped would come after the fallout rather than too much about the act itself. Check out part of what she had to say about it on the show:

“Now about Oscar night, my deepest hope is that these two intelligent, capable men have an opportunity to heal, talk this out and reconcile. The state of the world today, we need them both. And we all actually need one another more than ever. Until then, Will and I are continuing to do what we have done for the last 28 years, and that’s keep figuring out this thing called life together. Thank you for listening.”

Whether the world “needs” either of these guys I suppose is up to debate, though the part where Jada Pinkett Smith wants them to come together and reconcile in some way likely is the right approach. It remains to be seen whether that actually happens on any level (that doesn’t involve a lawsuit) is something we’ll have to wait and see about. It doesn’t look like it is coming anytime soon from either side. It’s interesting that, at least in this quote, Pinkett Smith didn’t talk about the act itself, or denounce that as an act of aggression.

From a fallout perspective, there has definitely been some for Will Smith and Jada Pinkett Smith in the months falling the incident at the Oscars. For starters, the Academy saw fit to ban the actor for 10 years, making it so he can’t take part in the proceedings for the next decade. And on the acting side, a few of his upcoming projects had been put on something like temporary holds while things shake out in the court of public opinion. It doesn’t appear there’s a full-on canceling about to take place, but it definitely wasn’t a one-and-done kind of scenario.

It remains to be seen how much Will Smith and Jada Pinkett Smith will have to deal with this event over the next couple of years. It’s unlikely to just go away, though the impact could, for sure, lessen with some time. 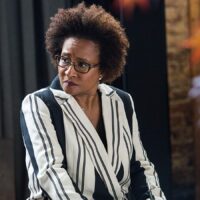 Wanda Sykes Won’t Host Oscars Again Because Of Will Smith 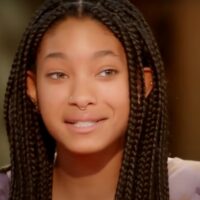